Roger Gracie After His UFC Loss To Tim Kennedy: “The Weight Loss Made Me Gas Out.” 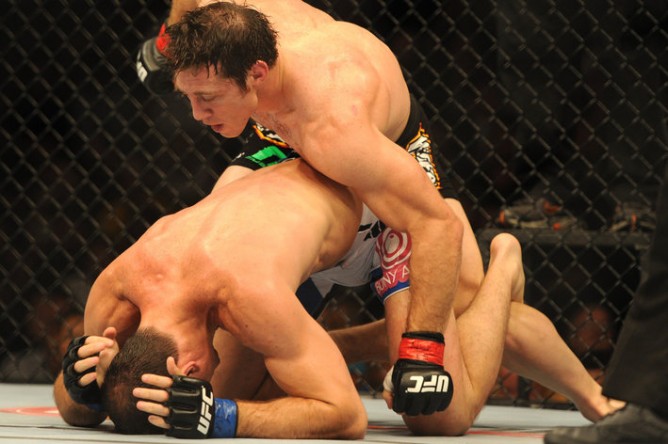 Roger Gracie blaims the weight cut for him gassing out during the fight. He said that he won’t go up a weight class but needs to get used to the cut.

“GRACIEMAG: On the ground the fight wasn’t so bad, and you put Tim down twice in the first round. What was missing to finish there?

ROGER GRACIE:  Tim Kennedy deserved the merits, he defended his neck well from the back. With gloves it is not as easy to catch your opponent. He was preventing me from slipping my hand. I realized that choking him would be tricky, so I waited until the last 20 seconds left in the first round to lunge for an arm triangle or arm. Renzo was screaming the time left in the round time. I did not want to risk him slipping out and I stayed down, so I waited the last 20 seconds. But I could not adjust and he ended up escaping.

When did you start to feel tired?

In the second round, in the interval, I felt that my body has not recovered. I was tired and did not feel the recovery coming. It was a reflection of the weight loss. It is a procedure that my body still needs to get used to. The first time I cut to 84kg, I was very tired. But in the last fight I felt it was fine. And this time, I was even lighter, lost weight without problems during the week, and thought it would be normall on Saturday. But on the day of the fight I still felt tired. I need to review the training. I do not think about moving up in class, I need to get used to this fight with the scale.”