Rodolfo Vieira On His Superfight With Kron Gracie: “Someone Is Getting Submitted…” 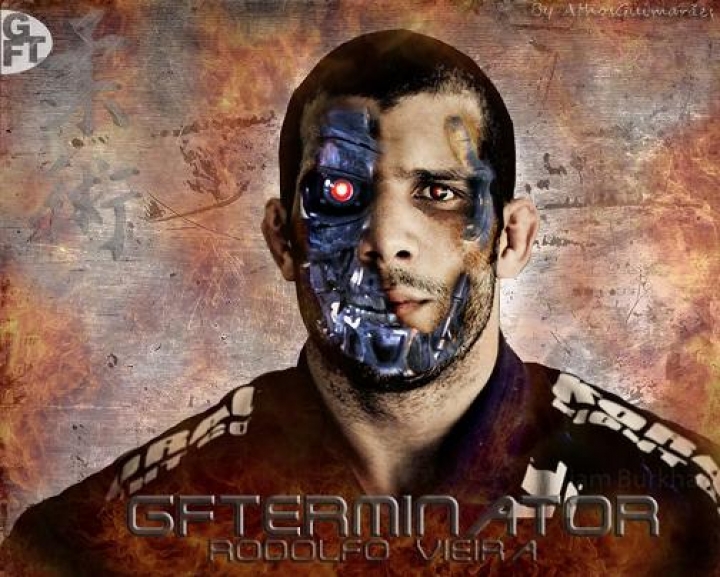 Between 9 and 10 November, in California, will be another edition of the World Jiu-Jitsu Expo, which brings together the main stars of Jiu-Jitsu. Rodolfo Vieira is confirmed in no gi fight against Kron Gracie , a 20 mins, submission only fight.

In an interview with tatame, the triple world champion praised Kron, who, according to him, has a style similar to his, and stated that the fight must end with a submission before the timer hits zero.

Rodolfo was also keen to discuss his preparation for the ADCC , October 19, in China. Despite being a title that has not achieved yet, the fighter does not put pressure on himself to leave with the gold medal.

“How did you receive the news that you would face Kron Gracie?

I do not expect it. The organizers even commented that the initial idea was that I faced an MMA fighter, but it seems that the Kron demonstrated his desire and chose me. I thought cool, despite him being lighter than me. I know it will be a good fight, he has a aggressive Jiu-Jitsu, like mine. It has everything to be a busy fight and someone’s sure to finish.

He has been competing recently in more no gi events. do you think this gives him an advantage?

he may have a little advantage, yes, but now I am training hard for ADCC. I’m at work without the kimono, adapting my game well. I will make a great show for the crowd.

You are heavier than Kron. Can that be the deciding factor to beat him?

I do not believe so, because it is no gi. Regardless of weight, the game levels a bit that way. If it was a kimono fight it would make a difference, yes. It’s faster, there are less grips and and it is easier for a lightweight to fight.

This will be your first time fighting in the Jiu-Jitsu Expo. What do you think of this event?

I was invited to watch the latest edition and was stoked. this was the first time, I had no idea what it was like. I thought it was a normal event, but the pavilion is huge, with several seminars and great superfights.

How is your preparation for ADCC going?

This time is different, I’m able to prepare myself well, training hard with the physical preparation as strong as it should be. Now I just have to get out there and play my game.

The ADCC is still a title that you do not have. There is extra pressure so?

When you put pressure on yourself and can be a bad thing. I try to pressure myself only in training, get out there and give my best. I hope to make good fights and come out a champion. With kimono I feel more obliged to win, no gi less so because it is not my forte. Of course I want to be champion, but I’m going there to have fun too.”

So far Superfights are: