Rodolfo Vieira Emotional After UFC Vegas 31 Win: “I Dedicate My Victory To My Son and My Grandma” 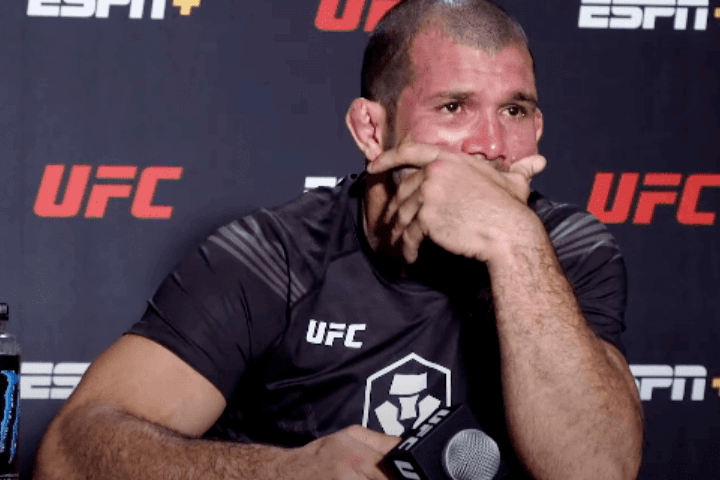 Rodolfo Vieira managed to bounce back from his first professional MMA loss, at UFC Vegas 31 – by winning via Rear Naked Choke against Dustin Stoltzfus.
During the post-fight press conference, Vieira was emotional. He broke down in tears and described what the history meant to him:

“I’m definitely emotional for the victory. I thought about my son. He’s very young – he’s one year old. Last time I lost, this time I promised myself I would give the victory to him. This is what was on my mind the whole time. Also my grandma, she passed away a year ago and I’m sure that wherever she is right now, that she’s happy for my victory, my performance. I dedicate my victory to my son and my grandma.

One of the best Brazilian Jiu-Jitsu competitors in the history of the sport also described how he didn’t plan to go to the ground immediately, but stay on his feet: