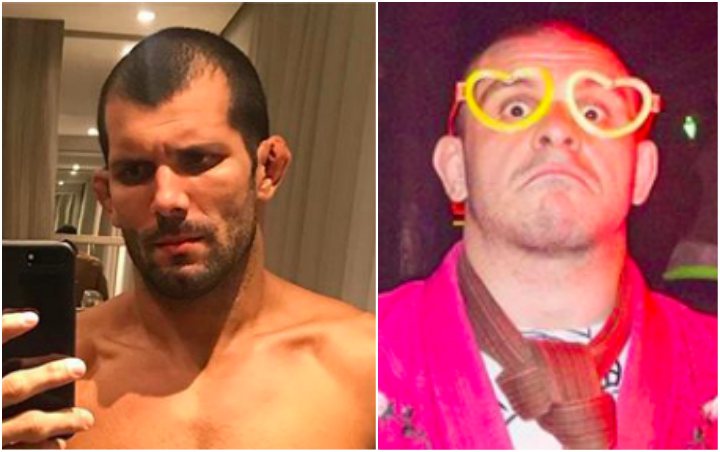 The black belt of GFTeam will be on the card of the ACB MMA 82, scheduled for Friday, March 9, in São Paulo. His opponent will be German-Serbian BJJ black belt Alexander Neufang, who has five MMA fights in his career, with three wins and two defeats. Rodolfo has a unbeaten record of two wins, both by submission (RNC and arm triangle). The Neufang fight will be his first time fighting as a middleweight, since in his two previous the Brazilian fought as a light heavyweight.

“The preparation was great,” said Rodolfo in conversation with GRACIEMAG. “I’m feeling good, I’ve trained a lot and I’m prepared to fight. The worst part was cutting the last few pounds, but I’m already 84.5kg. I can not believe I got that weight! ”

Rodolfo posted this picture on instagram. This is the lightest we’ve ever seen him:

This was Rodolfo at 94 kgs 1 month ago. He usually walks around 100kgs:

Check the event card below