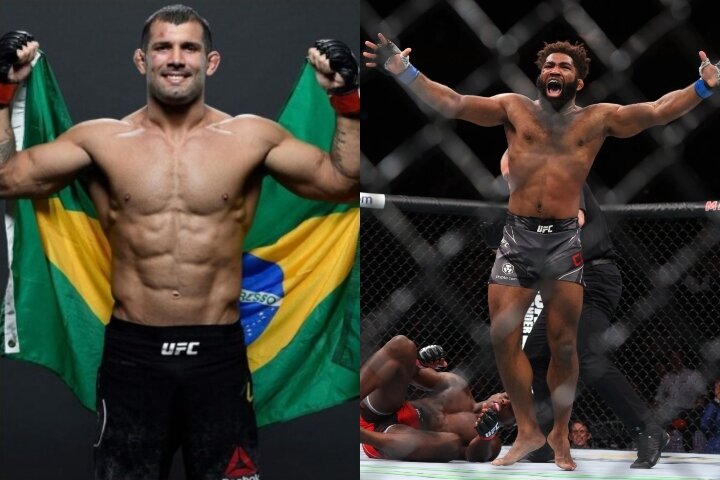 Rodolfo Vieira had gone through quite a turmoil lately. He’s had to undergo detailed medical tests, a period in time which he refers to as the “toughest day of his life”:

After months of waiting I just had the cerebral angiography I needed, everything went well. Now I’m here in the room waiting for the doctor to come and tell me what I really have and if I’m going to be able to continue fighting MMA.
Without a doubt today is the hardest day of my life. [But] whatever it is, I trust in my God and I know that He will do the best for my life as He always did!

Fortunately enough, he seems to have been cleared for competition, as it’s just been announced that he will fight on June 25 at UFC Fight Night! His 10th professional MMA fight will be a middleweight one, against Chris Curtis.

Vieira is a widely known Brazilian Jiu-Jitsu athlete. He’s been an IBJJF world champion every year from 2011 to 2014 and a 2015 ADCC gold medal winner. He’s one of the most successful grapplers on the contemporary MMA scene, even though he hasn’t competed in BJJ since 2020; when he lost to Kaynan Duarte at Who’s Number One (WNO).
Curtis, on the other hand, is a striking specialist. He joined the UFC back in November last year and has earned two wins to his name. As a veteran of 36 fights, he will be a great opponent for Rodolfo Vieira.