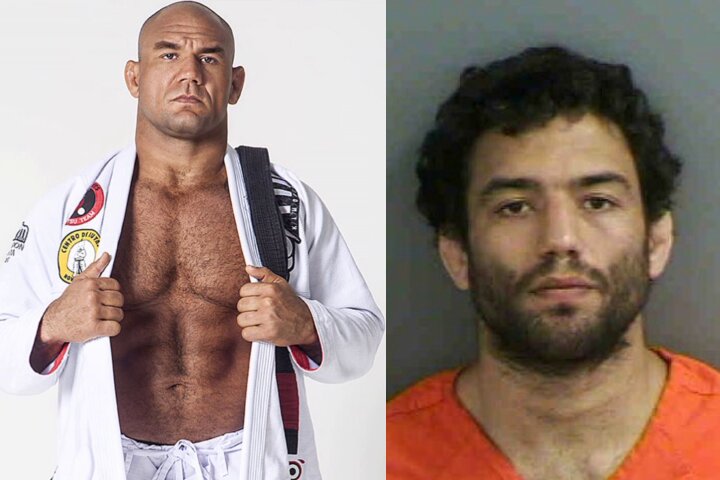 Marcel Goncalves – a BJJ black belt and former Fight Sports affiliate instructor – was arrested and charged with multiple counts of sexual assault in March 2018; due to the allegations that he had intimate relations with a 16 year-old student.
Recently, Mo Jassim – who is the ADCC’s head organizer – released details of the allegations, saying that he learned about them from the assault victim’s father. Take a look at Jassim’s Instagram stories below. 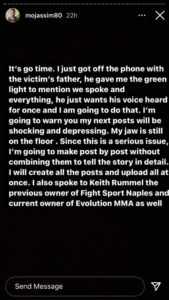 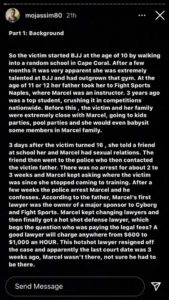 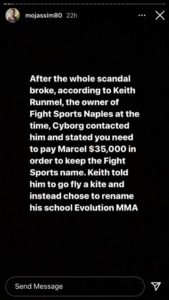 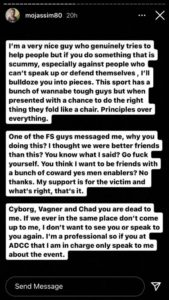 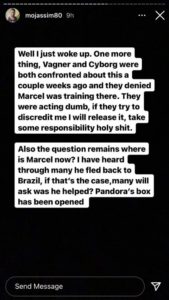 As it’s visible from Jassim’s stories, he also made allegations that Roberto “Cyborg” Abreu had asked Keith Rummel – who is Goncalves’s former business partner – to pay Goncalves $35,000 so as to keep using the “Fight Sports” name at Rummel’s affiliate academy. Additionally, Jassim also mentioned that Vagner Rocha has, alongside with Abreu, allowed Goncalves to train at their academies.

CYBORG ISSUES STATEMENT ON WHAT HAPPENED IN REGARDS TO GONCALVES

Cyborg has issued a statement after these allegations. In an interview for Jiu-Jitsu Times, he said:

It’s very unfortunate to have to be speaking on behalf of this topic once again. Marcel was one of my black belts out of around 150 and yes they represent my name and carry my flag but I am not in control of any of their actions. Being in the position I am in as well as others in our sport can relate, that when one of ours messes up, yes we have to take heat for it and I understand that when I stepped into being a position of a leader but peoples bad choices are not mine and they do not represent who I am or what my Team represents. What Marcel did was terrible and not acceptable and he suffers from it, it changed his whole life, and he will pay for it regardless.

The situation with Keith, the man who was Marcel’s partner at the gym, was strictly business and what I believed to be right. The $35k was what would be Marcel’s share of the gym. Marcel has a family, which his son is my god son and their main source of income at the time was the gym. What happened wasn’t their fault, they did not deserve to suffer more because of it. He deserves, as does his mom, to live a full life. What I wanted to happen was Keith to buy out Marcel’s share of the gym to be able to provide Marcel’s wife and my god son with some sort of financial security until they were able to figure out what they were going to do.