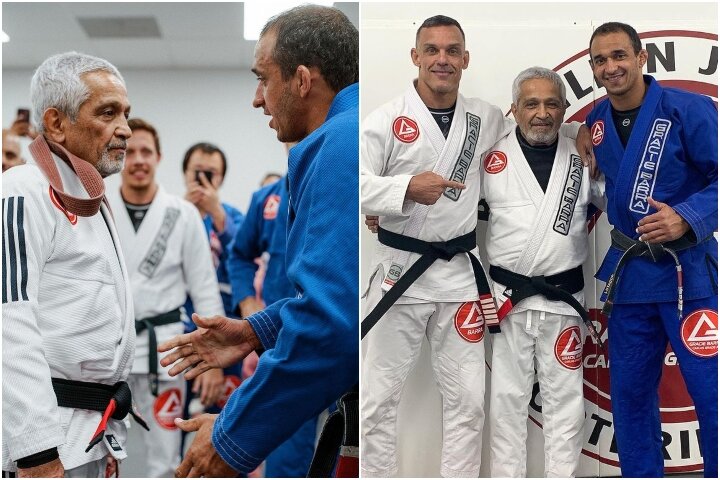 You know what they say: it’s never too late to become who you’re meant to be. And it’s never too late to start doing what you love; so, if you haven’t started training Brazilian Jiu-Jitsu already, it’s time you do so.
Take inspiration from the 76 year-old Roberto Aguilar. He started training when he was 68 years old and kept training every day… Until, just around a week ago, he was promoted to the black belt rank – by none other than his instructor, Romulo Barral!

Barral had nothing but words of praise for Aguilar’s success:

What a special moment promote my student Robert Aguilar to a black belt. Robert start to training at age of 68 and he made the commitment to get his black belt. And today, he accomplished his goal.
Robert thank you to inspire all of us @gbnorthridge and the whole Jiu-Jitsu community. Nothing is given, you earn it.

Aguilar has been grateful for the promotion himself:

Promoted to Black Belt today making the dream a reality, embracing my maturity with a light in my eyes and a smile on my face… Thank you Professors.

Even Joe Rogan chimed in, terming the success of Aguilar as an “incredible accomplishment”:

Here’s some awesome inspiration and an enhancement of perspective. This gentleman didn’t start training in Jiu-Jitsu until he was 68 years old; and he just received his black belt from the highly respected Romulo Barral.
An incredible accomplishment!