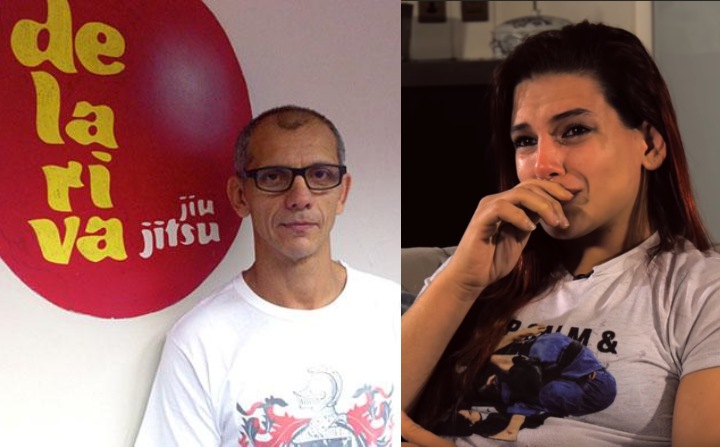 “ For the past 40 years, I gave start to a great history on the mats with a lot of teamwork, strength, determination, respect, character, and passion for Jiu-Jitsu, which got us united as a real family.

There are over 80 De La Riva schools around the world and approximately 3 thousand students guided by me and by the other coaches associated with us.

In all these years, my reputation was built on and grounded by ethics, respect, and commitment to all my students.

As everybody knows, this path was paved with a lot of dedication and honor. I have always had a code of ethics, which has been respected by my family, friends and all my students.

It was with perplexity and consternation that I heard Claudia do Val’s, allegations last Saturday – an athlete of De La Riva team for about 10 years. My family and I were surprised by this irresponsible and false accusation.

For a while now, her statements do not live up to the spirit of this partnership that we are all so proud of, and reached its peaks over the past few days, revealing ingratitude to all the work, support, and coaching that were given in favor of her professional evaluation.

In the past 5 years, Claudia has reached her professional peak, winning a lot of championships, conducting seminars, gaining great notoriety in Jiu-Jitsu world, which reflects, for sure, the great team and professional work that was done by the De La Riva family.

It is important to say that in these times ruled by social media, as you all well know, any reckless statement can grow into epic proportions, having the power to irreversibly harm a reputation, since the mere allegation is enough to convict in the court of public opinion, without the opportunity of a counterpoint. ”