Renzo Gracie: There’s No ‘Right’ Or ‘Wrong’ Side To Wear Your Stripes 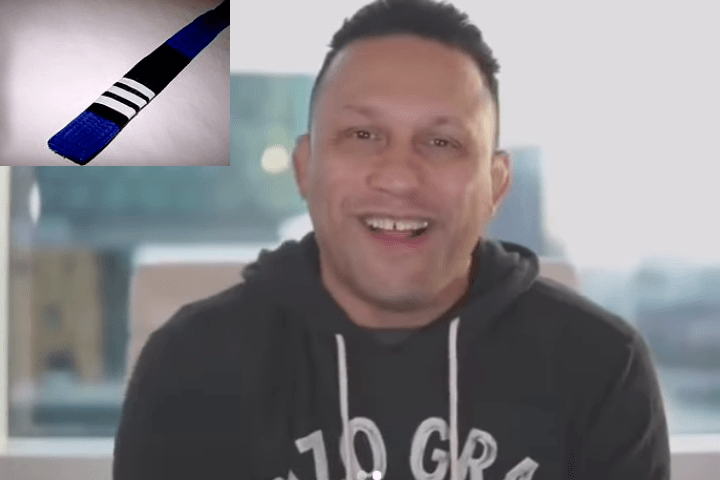 Which side should you wear your stripes on? And which side should the red side of your black belt be, when you tie the belt? Renzo Gracie has a simple answer: it doesn’t matter as much as being on the “battlefield”.

RENZO GRACIE EXPLAINS WHICH SIDE YOU SHOULD WEAR YOUR STRIPES ON

The first time Renzo heard about this “problem” was when he was 47 years old. And it was baffling to him how some people were certain that the red part of the belt should be worn on one side, the others on the other side… While he had various pictures of his father and other members of his family – all wearing that red part differently on different photos!
Furthermore, he finds it ridiculous that some people ask him why he wears that part of the belt on the “wrong side”. His answer? He wears it any way he wants to wear it.

In short, he explains that, more than the way you’re tying your belt, it’s important that you’re on the battlefield. That you’re on the mats and giving it your all. Then – and only if you accomplish more than Renzo did – can you tell him your opinion about the matter and will he take it into consideration.
Watch Renzo elaborate on the issue below: