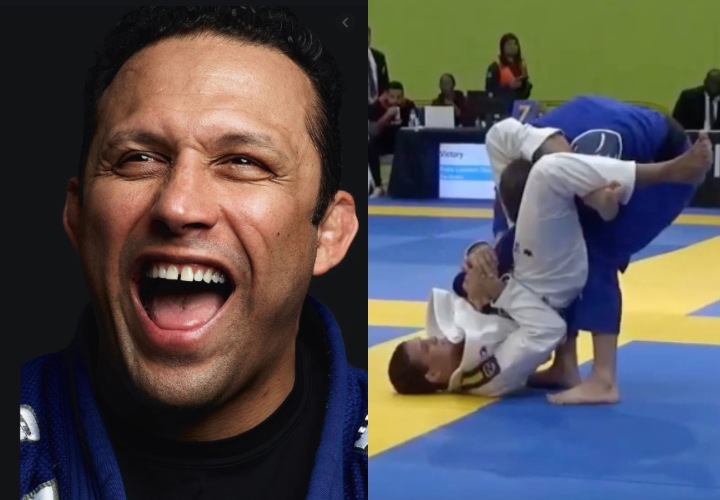 Renzo Gracie recently appeared on the UFC unfiltered podcast where he was asked about the new BJJ generation of BJJ and how they don’t want to fight MMA:

Renzo (speaking about the new generation):

(The evolution) It makes the kids, the new generation, sometimes delusional. They don’t realize. They think they are the best in the world and that they can beat anybody. It’s not true. It’s not reality…

Recently Keenan Cornelius said that if Helio and Rickson Gracie would be around nowadays with the new generation, their level would be like a purple belt at best… That comment found an answer. My grandfather Carlos Gracie used to say ‘Be careful with a tongue in your mouth because it may be the whip that will hit you in eyes’. So that’s exactly what happened.. The last competition, he got submitted by a triangle, and he goes in saying he’s so good etc.. That’s just the way that it is today. They change teachers all the time. They don’t have values. They want to change Brazilian Jiu-Jitsu to American Jiu-Jitsu… But at the last competition, he got tapped by a basic triangle from the guard. I with my humble ‘purple belt’ can help him to learn to defend the triangle. I don’t remember the last time I got caught by a triangle porra!

Renzo’s comments were as a result to Keenan Cornelius’ statement on his podcast about the BJJ traditions.

In the midst of this controversy, Atos black belt and world No Gi champion black belt Josh Hinger wrote a piece on  flograppling arguing that Rickson views on sport Jiu-Jitsu and self defense were outdated:

This is not the first time that Keenan Cornelius has been critical of the old school Jiu-Jitsu:

Keenan Cornelius: ‘How Your Instructor Taught You To Open Closed Guard is WRONG’