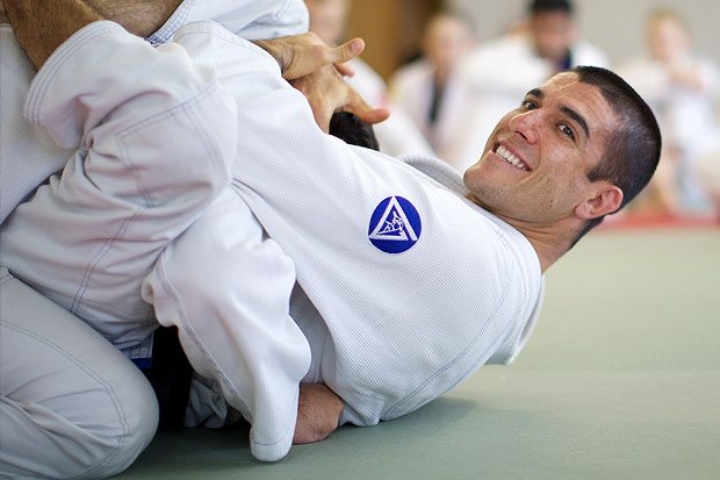 There’s no denying the fact that Rener Gracie is one of the most influential and charismatic figures in Brazilian Jiu-Jitsu. As well as one of the most successful ones.
But why did Rener never make the “jump” into MMA? He grew up in a family that spent years proving that BJJ works in the UFC… So why didn’t he follow their footsteps?

The famous Gracie revealed why in a recent interview with Paddy “The Baddy” Pimblett:

Growing up in the Gracie family, fighting is in your DNA and you don’t really know anything else.

But what happened was that, as I was coming of age – once I turned 19/20/21/22 – the UFC had already been 10 years on the air. So for me, it was really a question of: “Do I want to do what my uncles and my dad did and be a professional fighter and just go fight for the sake of fighting?”

Because, remember: when the UFC started, it was all about proving that Jiu-Jitsu against karate… And ten years later, nobody denies Jiu-Jitsu.
So right now, if I’m fighting in the UFC, I’m fighting against the people who are of my same religion. The people who believe in my religion, so there’s nothing to fight about because we agree that Jiu-Jitsu is, at least, the quintessential art in mixed martial arts.

It was for that reason that Rener chose teaching Jiu-Jitsu, rather than competing in MMA:

Once that was gone, I had to weigh my options. And what my brother and I focused on and dedicated our lives to was the teaching of Jiu-Jitsu.

And that’s because we’ve focused our efforts on: “Okay, how are gonna spread Jiu-Jitsu so that everyone has access to it?”
Not to mention that it’s much better making money teaching Jiu-Jitsu than getting punched in the face.