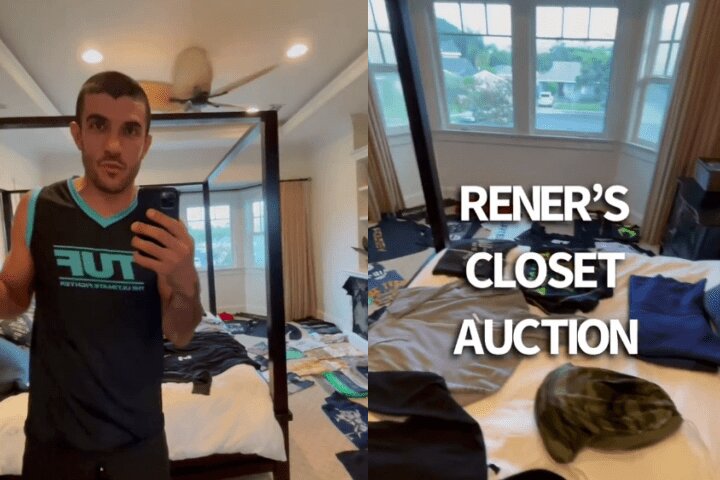 Rener Gracie is well-known for his reaching out to bullying victims around the USA, and for trying to provide them with opportunities to learn the skills required for self-defense. So, when he was looking to clear up his closet space and to donate a lot of what’s in it to Goodwill, he came to an idea; that some Jiujiteiro, somewhere in the world, would be willing to possess those items more than a regular person would. Therefore, he set up a bidding auction – asking for serious bidders only and with one request for the winner. To not try and re-sell the items individually.
The auction will probably last until Tuesday, August 10, and the winning bidder will receive everything at their home address. Additionally, the winner will have an opportunity to get an autograph on up to 5 items. All proceeds will go to Jiu-Jitsu scholarships for the bullying victims.

WHAT’S ON THE RENER GRACIE’S AUCTION?

Some of the items that Rener is auctioning are the things you’d been able to find on the market in the span of the last twenty years. With over 100 different articles of clothing (such as Gracie T-shirts), all size large, the winner of the auction will have a hefty stash of things to wear for a rather long time.
But then again, some of the items have never been for sale! For instance, there’s the original Quikflip hoodie that Rener used on the set of Shark Tank. There are also walkout jumpsuits for fighters such as Brian Ortega, Ronda Rousey, and Lyoto Machida. Rener also offers the “Roots Of Fight” collection, which includes out-of-print Helio Gracie releases and original artworks and designs.

Watch Rener’s full ten-minute explanation on his Instagram video below and see what he’s offering: