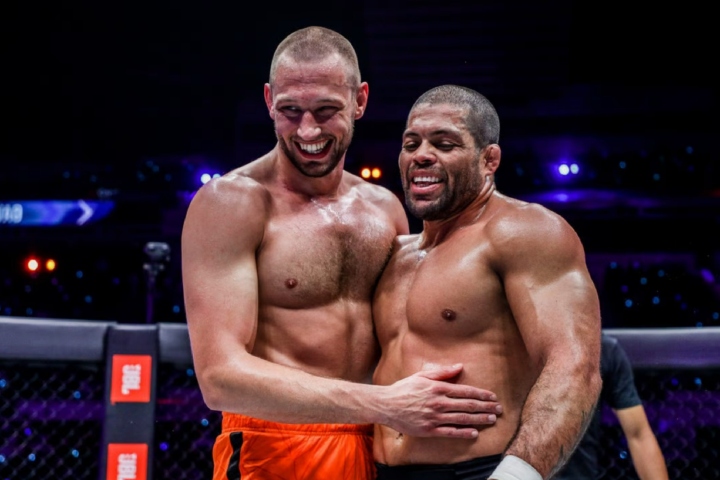 The two-division ONE Championship title winner Reinier de Ridder and BJJ legend Andre Galvao competed against each other in a submission grappling match earlier this year… With the bout ending in a draw.

You can watch the entire match on the video below:

But what was the experience of grappling against a legend such as Galvao for de Ridder (who’s an incredibly skilled BJJ black belt himself)?
He revealed in a recent MMA Superfan interview:

I know more about Gordon than I know about Galvao. It was just that the match was on three weeks’ notice. I was just on the other side of the planet before. I had to fly back and then to Singapore again.
It was all a bit rushed. I didn’t have any time to prepare. But I really liked the opportunity.

I got there to grapple with Galvao, a real legend. He was good everywhere. His takedowns were very good.
He’s very solid and hard to move around.

In a separate interview, Ridder emphasized that choking people out is significantly easier in MMA than it is in submission grappling:

In grappling, sometimes it’s hard to get to places, because they can really stall. And then in MMA, once I get on top, I can get some elbows involved, get some punches involved and then I can really force them to move.
Then that elbow opens up some more stuff.

Sometimes it’s easier to choke people in MMA than it is in grappling.