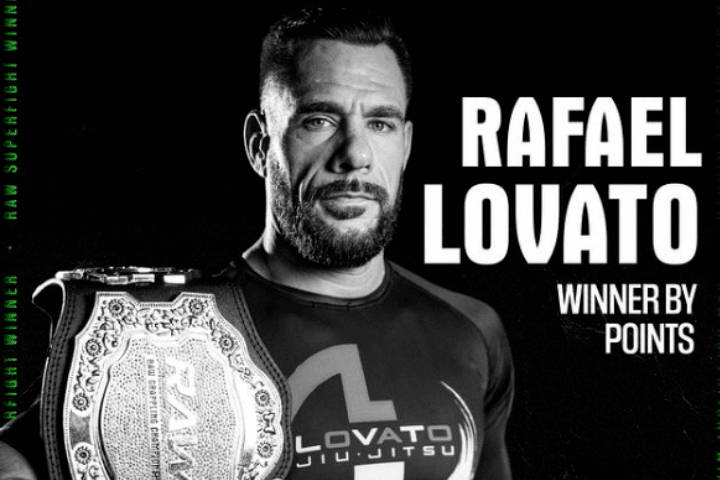 Here are the results.

Arguably the most anticipated bout of the evening was the superfight between Rafael Lovato Jr. and Adam Wardzinski. And it was Wardzinski who first engaged in the beginning; sitting guard and attacking Lovato’s legs.
Lovato stayed at a safe distance, and at around two minutes into the match he went for a Knee Slice Pass. Before he could acquire Side Control, however, Wardzinski managed to recover guard… With the remaining minutes of the match spent in him trying to attack Lovato’s legs over and over again.

The score was 0-0 and so the bout went into overtime – where Wardzinski lost due to a penalty, which he received for pulling guard.

The first superfight of the evening was, actually, the one between Lucas “Hulk” Barbosa and Gerard Labinski. Labinski established Closed Guard early on in the match, but Barbosa went for a Heel Hook – due to which Labinski was forced to roll out of bounds.
Then, after being reset in the center, Lucas established top position rather quickly. From there, he utilized his well-versed guard passing style… Which eventually gave birth to an underhook and an opportunity for a pass straight to Mount.

Once in Mount and at around 7 minutes into the match, Barbosa trapped Labinski’s arm and tapped him out with a tight Armbar.

The Championship’s black belt grand prix featured elite athletes such as Josh Hinger, Patrick Gaudio, Yuri Simoes, and many others. In the end, it was Simoes who won the grand prix title.

In his first match, Simoes won via points in the overtime period against Jed Hue, and then proceeded to defeat Taylor Pearman in the same manner in the semifinals. Then, in the finals, he went head-to-head against Patrick Gaudio (who beat Thomas Bracher and Josh Hinger by referee decision in his earlier matches).
Gaudio started off with a Guard Pull, which Yuri nearly passed. However, Gaudio countered with a Kimura attempt – from bottom – which ensued into a scramble and both athletes getting back up to their feet. From there, Gaudio pulled guard yet again, to which Simoes responded with pressure, making it impossible for Gaudio to pose a serious threat with his attacks until the end of the regulation period.

As the regulation ended with a 0-0 score, the match went into overtime. And it was there that Simoes decided to utilize his well-known aggressively paced-style game to the fullest, both in standup and in trying to pass his opponent’s guard; getting the decision victory and the grand prix title as an end-result.