Rafael Mendes, Youngest ADCC Champion Ever, Gets Inducted to ADCC Hall Of Fame 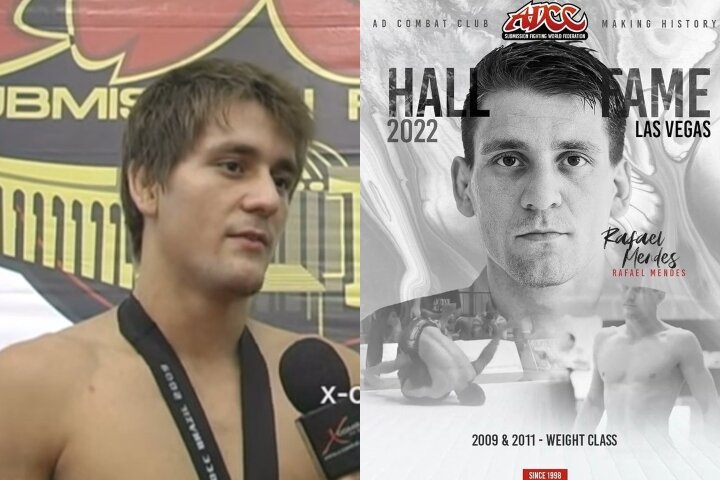 Rafael Mendes, a 2009 and 2011 ADCC champion – as well as the youngest champion in ADCC history – has officially been inducted into the ADCC Hall of Fame! The announcement came via ADCC’s Instagram page:

ADCC Hall of Fame: 2X champion Rafael Mendes. Rafa burst onto ADCC in his 2009 debut, subbing everyone up to the finals where he would beat the legendary Cobrinha. Rafa is the youngest champion in ADCC history, winning gold at only 19 years of age. He also has over a 54% submission rate in ADCC.

Rafael Mendes was, in his words, honored to be inducted into the Hall of Fame. After winning the trials at age 19, he emphasized how his goal was to win Worlds as a black belt:

Honored to be inducted to the ADCC Hall of Fame. in this interview right after the trials I mentioned my goals of winning worlds as a black belt and ADCC. I was only 19 and a long way to go to become who I wanted to be.
I grew a lot as a person and as an athlete during my preparation for these events; knowing the challenge I had in front of me and I respected the caliber of the opponents giving my all in every preparation. I showed up at my best every time. And I was able to have some of the most memorable moments of my career on those mats.

Thank you @adcc_official for the recognition of my work. And special thanks to every single person who somehow create an impact in my life and helped me to achieve my goals.