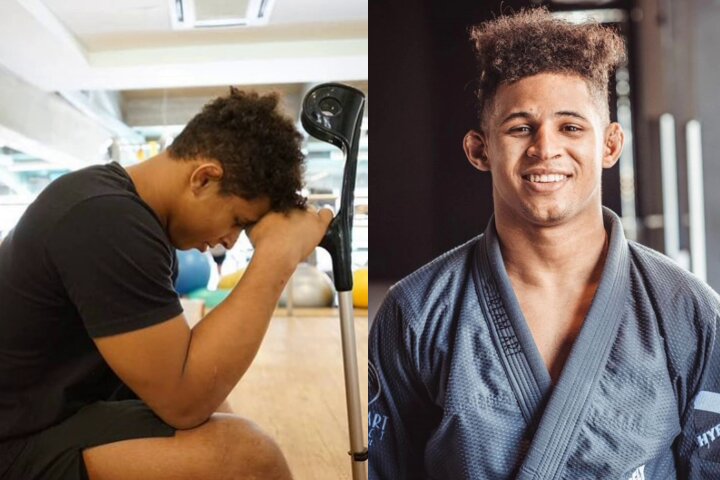 It’s always tragic when a serious injury or health issue occurs to someone from the BJJ community… And it’s even more tragic when it happens to someone who is young.
Ronaldo Silva, a purple belt World Pro Champion, was just 18 years old when he suffered a stroke during training. According to the Dream Art Project, Silva was performing a simple grip exercise on a bar when the stroke occurred. He was later admitted to the ICU and released in stable condition.

After two years of recovery, Silva – now a brown belt – is making a successful return to the mats! The Dream Art Project announced that he has returned to Sao Paulo and that he will start training again, as he continues to recover:

Dream Art aims to transform lives, but who truly transform us are figures of light and love that appear in our stories, such as Ronaldinho.

He was one of our first athletes, he was competing at high performance, winning important championships like the World Pro.

In 2019 he suffered an ischemic stroke that changed the course of things a little, but he remained strong in search of recovery.

Since that moment, he has been receiving our full support for the treatment and, during the pandemic, he decided to return to Manaus to recover alongside his family.

This week, to everyone’s happiness, Ronaldo returned to São Paulo to continue his recovery and train with us again.

We are very happy with his return. Your smile and determination move our souls.

Welcome back our great idol Ronaldinho!