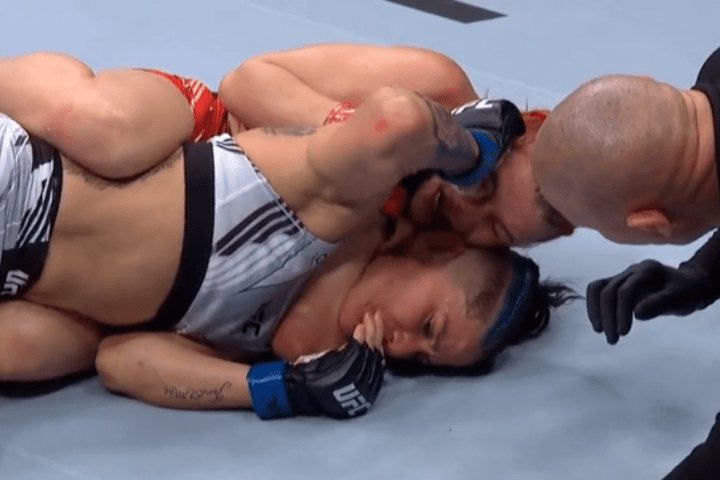 The match between Priscila Cachoeira and Gillian Robertson was an exciting one, ending with a first-round submission. Robertson took Cachoeira’s back and tapped her out with a Rear Naked Choke.
However, it wasn’t so much the submission itself that sparked the many conversations about the match; but rather, it was Cachoeira’s defense while she was getting submitted. Namely, she tried to escape by eye-gouging Robertson.

Check it out below:

In an interview for MMA Fighting, Cachoeira claimed that she didn’t eye-gouge on purpose:

I’m a professional and I’ve already apologized to her in person and via Instagram, and she was super cool. Critics will come, right? There’s no other way. I’ll wait for the dust to settle and work to come back stronger.

Given that she missed weight by three pounds prior to the bout, and that she has lost four out of her last six fights, Priscila Cachoeira could be getting released from the UFC. She emphasizes that she regrets what she did:

I’ll fix my mistakes. I apologize once again for what happened. It won’t happen again. It was a matter of survival, right? But I didn’t know I was gouging her eyes. She was on my back, how would I know? If I had to suffer any punishment it would come at that moment.