Police Officer Uses Armbar Against Suspect, Attempting To Handcuff Him 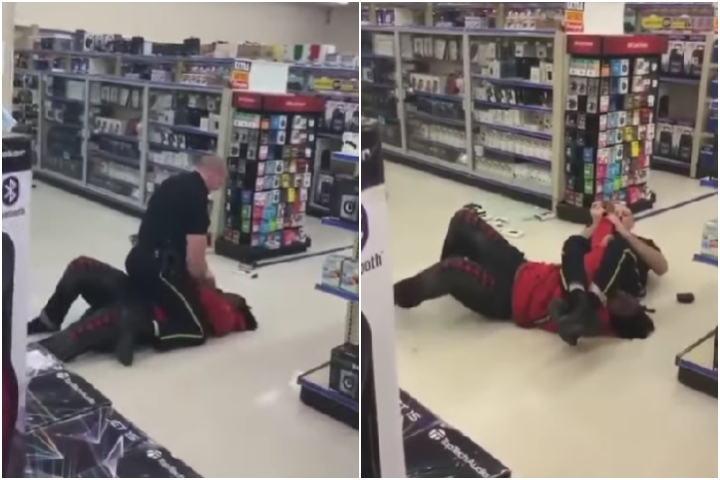 It goes without saying that police officers need to learn Brazilian Jiu-Jitsu. At the very least, they should spend a considerable amount of time learning the basics – such as how to hold advantageous positions and apply basic submission holds. For instance: how to hold Mount and how to do an Armbar.
They need it not just for their own safety, but also for the safety of the suspects and victims alike.

The police officer from the video below surely understood the importance of Brazilian Jiu-Jitsu. When encountered with a suspect who started breaking shelves in a supermarket, the officer sprung into action – attempting to throw and keep him on the floor.
Indeed, the video depicts that the police officer does need more training. The suspect got up way too many times, even though the officer had plenty of opportunities to put him under control. But that didn’t matter in the end, as the officer put the suspect in the Mount. And then, trying to handcuff him, proceeded to put him in an Armbar.

The suspect tried to “escape” the Armbar by trying to kick the police officer in the face, but was unable to do so. Soon enough, backup arrived and the suspect was placed into custody.
Watch the whole ordeal on the video below. If you were the officer, what would’ve you done differently?