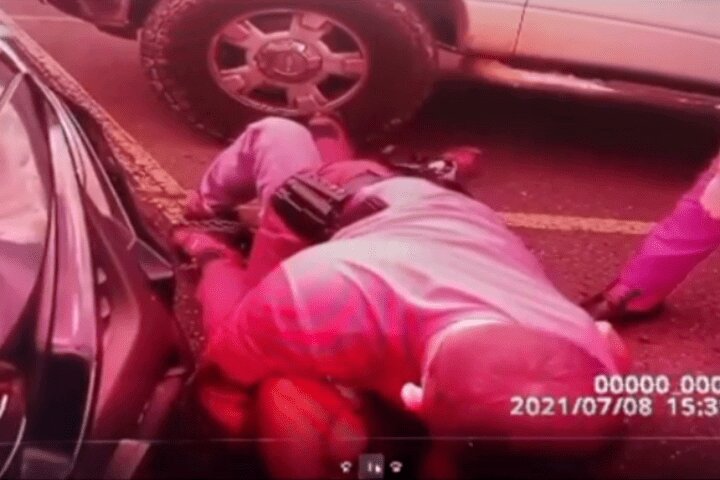 Brazilian Jiu-Jitsu works! And it should arguably be taught to law enforcement officers everywhere; not just because of their own safety, but also because of the safety of the suspects.
Police Officer Barry Maddux realized the importance of BJJ recently, when he managed to apprehend and control a suspected shoplifter by using an Americana submission hold. He threw no punches and inflicted no physical damage to the suspect.

Rener Garcie shared the video of the incident on his Instagram. He pointed out that Officer Maddux is a graduate of the “Gracie Survival Tactics Level 1” course; as well as that he credits his use of sustainable control tactics to the one week of training he received.
The police officer maintained the Mount position for long enough to tire out the suspect. Then, he transitioned to the Americana handcuffing procedure that he was taught in the program.

As said by Rener Gracie:

Officer Barry Maddux had no grappling training prior to his completion of the GST Level 1 course in May 2021 with @gracielouisville. After chasing down a shoplifter Officer Maddux was able to take him to the ground, establish full mount, maintain control long enough to calmly transition into the Americana Handcuffing Technique he learned in GST. No punches, no profanity, just technique and compassion. His smile at the end says it all.