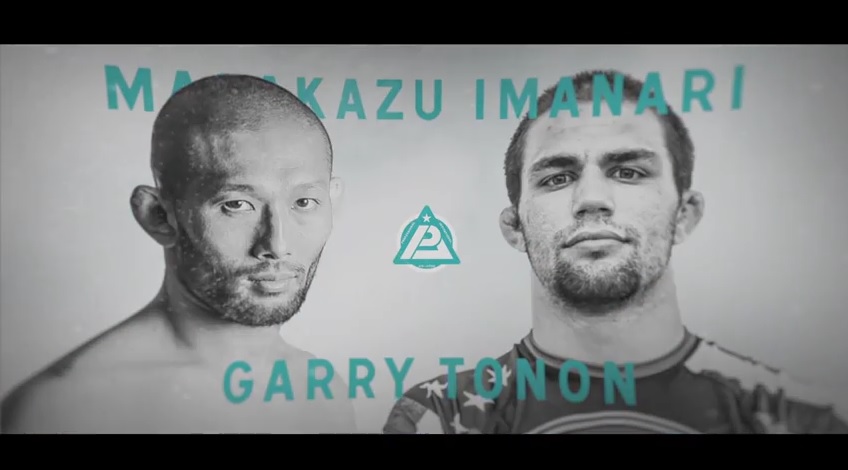 Garry Tonon fights at Polaris 2 against the most lethal Japanese leglock artist in the game, “10th Dan Master of Leglocks”. Imanari is a Brazilian jiu-jitsu black belt under Marco Barbosa of Barbosa jiu-jitsu. Imanari is a veteran of DEEP, ZST, Pride Fighting Championships, and Cage Rage and also has had a successful career in Combat Wrestling, placing as high as third and second in their All-Japan championship tournaments. He was the final Cage Rage Featherweight Champion, DEEP Bantamweight Champion, the former DEEP Featherweight Champion and Dream Japan Grand Prix Finalist. He holds 19 submission wins in MMA (mostly leglocks)

Check the video to find out:

All tickets are £25 (you can book by phone, or online. When booking online, the early bird special will be applied in the checkout – click on “concessions” to reduce the price.) Hurry as seats will go fast.

Vitor “Shaolin” Ribeiro vs. Nakamura “The Ronin” Daisuke
Shaolin needs no introduction, with his legacy in MMA and jiu jitsu firmly cemented, he rekindles the old rivalry between Brazil and Japan to take on Daisuke Nakamura, a multiple-time all Japan black belt champion in the open class.
GI Match, 15 minutes submission only.

Eddie “Wolverine” Cummings vs. Reilly Bodycomb
Wolverine is one of the fastest rising stars of grappling in the world, a John Danaher protege with recent wins over notable no-gi experts Nathan Orchard and Denny Prokopos. Reilly Bodycomb is a decorated submission grappler who fights with a blend of sambo, wrestling, judo and jiu jitsu.
NO GI Match, 15 minutes submission only.

AJ is a decorated competitor and last year’s No Gi World Champ. His bout with Oli at Polaris 1 raised the roof of the St. David’s Hall.

Daniel Strauss can bend very big nails completely in half. He can also rip apart a deck of cards and has been on Ninja Warrior not once, but twice. He also has the ability to count to any number – ANY number, easily. (He’s also Naga elite champion, British champion, and European champion).

Robson Moura is a multiple-time world champion and one of the greatest lighter-division fighters in jiu jitsu history. He’s been around for many years but you can’t call him old school – his techniques are innovative and modern.

Baret Yoshida is a veteran of jiu jitsu and submission grappling, having medalled in all the world’s greatest competitions. His “yamato damashii” spirit means tapping is rarely in his vocabulary.