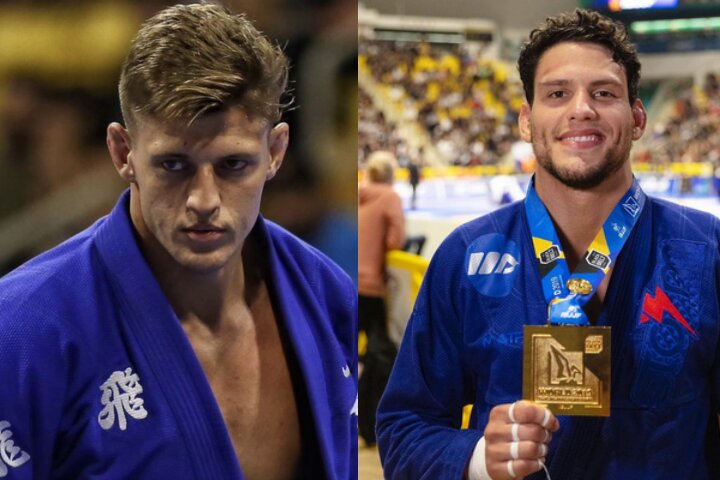 The long-awaited match between Felipe Pena and Nicholas Meregali will finally take place in the main event of the second BJJBET edition, on August 1st. And wouldn’t you know it – the two athletes have already started using social media networks to heat up the hype for their duel.

PENA VS. MEREGALI: A HEATED EXCHANGE

The whole ordeal began with Meregali, who shared a video of the fight between Pena and Andre Galvao at the Abu Dhabi World Pro event. Nicholas condemned Pena’s attitude:

It seems that this behavior has been repeated more times in your career. It’s all right for you to want to pass the image of a good guy, a very humble athlete, king of simplicity, nothing against that. I like that kind of people. Now let’s not let hypocrisy take over, after all, you can’t criticize something you do a lot. The point is that you’re going to fight a guy who just delivers and tells the truth, and you’re trying to take advantage of that, ok. Now be true to what you’re going to say, because I’m not making up lies, what I said are things that happened.

Another fight (against Andre Galvao) in which I answered what he said on the internet on the mat. Nowadays, I have nothing against Galvao, on the contrary, I respect him a lot, but we already had our differences. I don’t need to show anything to anyone, no, ‘Magalu’, unlike you, who clearly wants to appear in some way, because on the mat it’s been a while since you’ve been able to attract attention. We’ll see each other on the 1st, ‘princess’, good training.
[Translated from Portuguese]

How do you think that the match will develop? It’s bound to be an interesting one, to say the least!

You can train with Felipe Pena this summer at the JiuTopia all inclusive 7 days BJJ training camp in Greece: