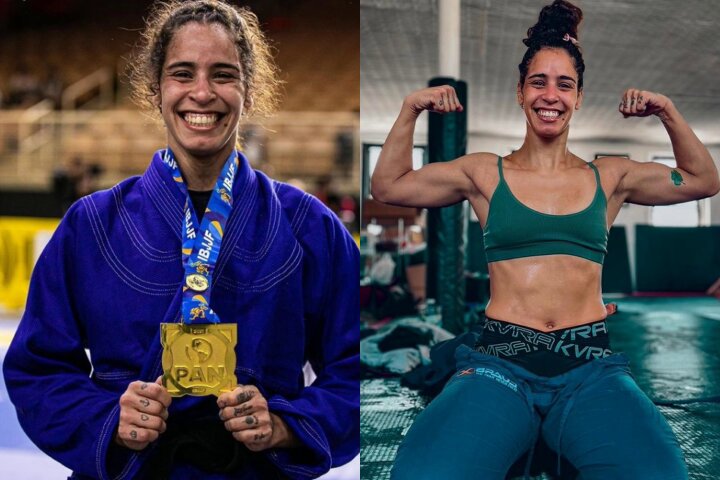 Yara Soares and Ana Carolina Vieira faced off in the open weight finals match of the Pans 2021 tournament. Previously, Soares had earned silver in the super heavyweight division and Vieira won the medium heavyweight title.

The match between the two went the distance. It started off with a double Guard Pull, though Vieira managed to come on top. Soares, in turn, got in a Lasso and kept Vieira “stuck” in her attempts to pass. Her opponent applied heavy pressure while trying to pass guard, but Soares kept her at bay from doing so.
Eventually, Soares attempted a sweep, but Vieira successfully defended against it. Then, as Ana Carolina was trying to get her own way, Yara found an opportunity for an Omoplata. Then, she got a sweep, and Ana Carolina turtled up. When she decided to invert, Yara kept heavy pressure on Vieira and earned an advantage to her already existing two points as the clock went to the final 60 seconds of the match.

Then, in the last 20 seconds, Soares attempted a Bow And Arrow Choke. Vieira managed to escape the submission attempt, and the match ended with Yara winning by two points and two advantages. She and Vieira went for an emotional hug on the mats afterwards, displaying the sportsmanship of Brazilian Jiu-Jitsu in its brightest form.