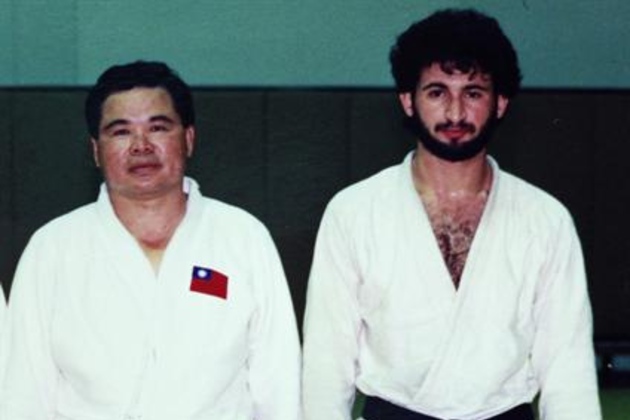 A judo coach from Taiwan claims that he taught Osama Bin Laden in Saudi Arabia in the early Eighties.

Jimmy Wu produced pictures and video from the early 1980’s of him with students that included a tall, young man with a beard who resembles Bin Laden in his days as a University student.

He said he never saw the future terror mastermind again after 1984. 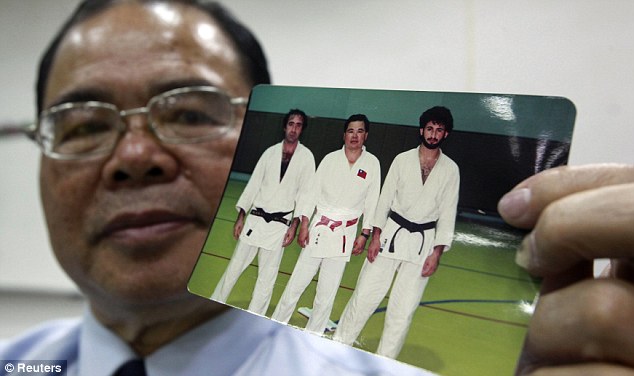 Taiwanese coach Jimmy Wu poses with what he says is a photo of himself with bin Laden on the right and another member of the club.

He told Reuters in this interview: ‘I didn’t know the name Bin Laden then. 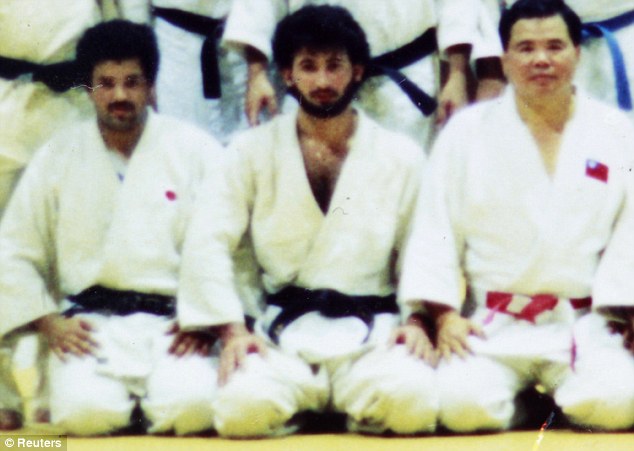 ‘After 9/11, I was invited to a seminar, and some of my former students there said “Oh Jimmy, Osama, now he’s our hero”.

‘I was surprised and I looked for some pictures and I said “oh this guy” and I started to have some memory of him.’

Mr Wu produced photographs of himself and a tall, thin, bearded, serious young man with a mop of black hair who he said was Osama. 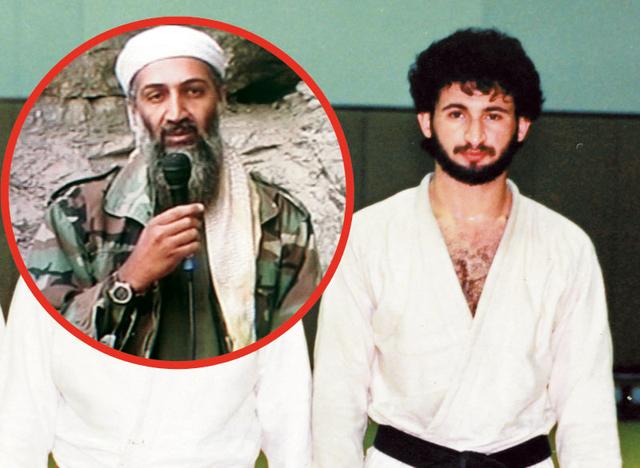 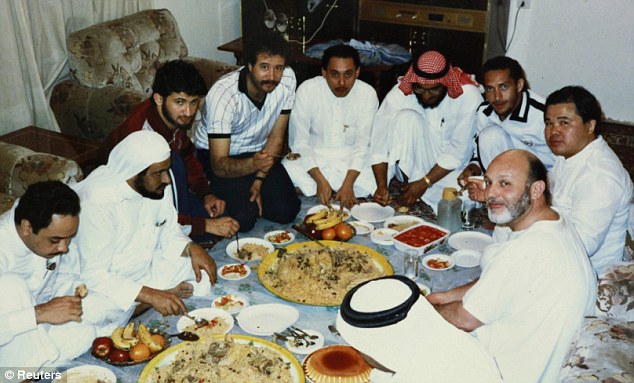 Saudi feast: The Taiwanese coach, right, eats with members of his judo class in Riyadh. Wu claims the man who is third on the left in a red shirt is bin Laden 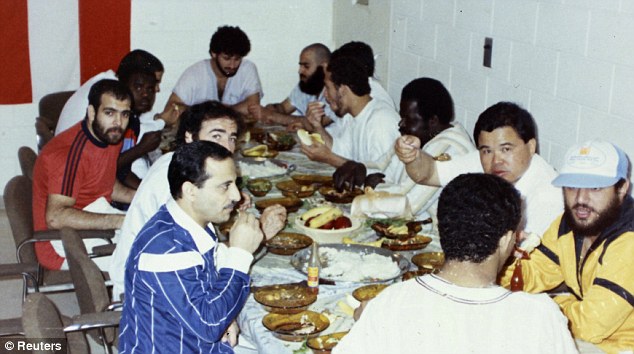 In this photo from Mr Wu’s collection bin Laden is seated at the end of the table, top centre, wearing a white shirt

He had been on America’s most wanted list since his followers carried out the September 11 attacks on the World Trade Center in New York in 2001.

Mr Wu recalled one occasion when his wife came to find him at the judo centre.

She had wanted to go shopping and Mr Wu was late.

He said: ‘She came into the centre and most of the students weren’t bothered, some smiled, but one really tall one came to me and said “who is that?”‘

Mr Wu replied that it was his wife.

‘The tall one said “this is the centre, no women should be in here”.

‘He did not approve. I have a particular memory of this. That was Osama.’ 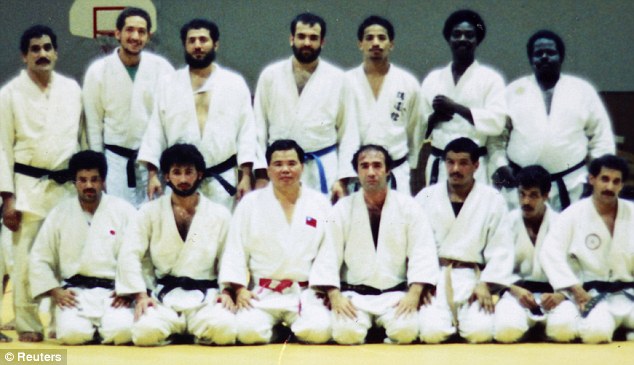