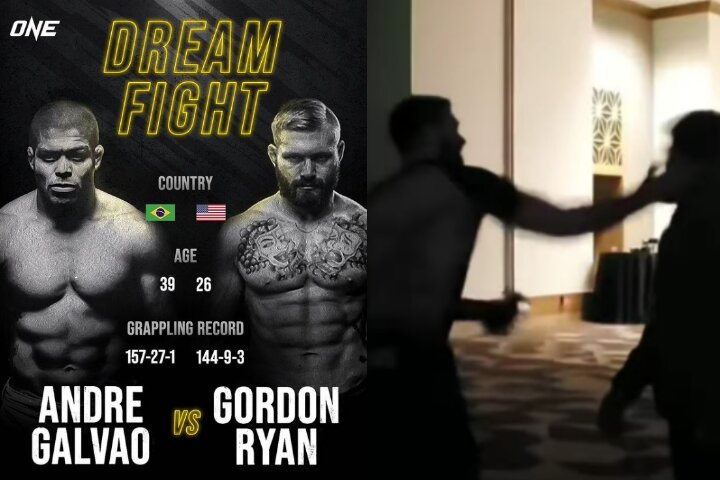 Gordon Ryan vs. Andre Galvao in a mixed martial arts match? It might not be as far-fetched as you may think. Namely, Chatri Sityodtong – Founder & CEO at ONE Championship – took it to his social media to ask the following question:

Who wants to see this fight happen? Submission Grappling or MMA?
Let me know by commenting below!

Pure speculation? Might be. But then again, Sityodtong has used his social media for these purposes before… And almost every time it ended up that a ONE Championship match speculation was actually a reality in the making; that his announcements came true! Also, keep in mind that Galvao recently signed a multi-fight deal with ONE.

With that said, the Gordon Ryan vs. Andre Galvao superfight has already been scheduled ADCC 2022! The ADCC posted a picture of the two, with a caption: “Luckily we are adding border mats for ADCC 2022”, whereas Mo Jassim – the man behind the ADCC – wrote in the comment section:

The ADCC officially announced the match-up on Instagram and Ryan commented:

Andre accepted for the base 10k to lose after I smacked him. I should be entitled to 50% of the 990,000 dollars I saved ADCC. I’ll send over my bank details.