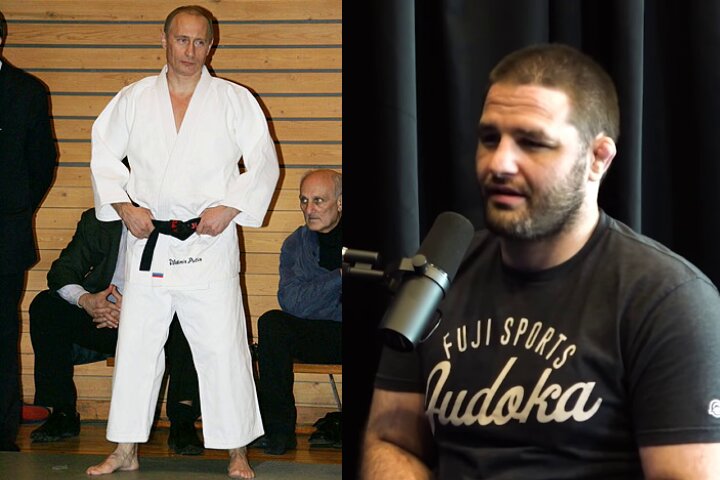 One of the most recent guests on the popular Lex Fridman Podcast was Travis Stevens. As an Olympic silver medalist judoka and a BJJ black belt under John Danaher, Stevens had a lot to say about various Judo and Jiu-Jitsu related topics.
One of them was the matter of Vladimir Putin and him being a black belt in Judo!

When asked by Fridman what he thinks about Putin – as a president of a major nation – being a Judo black belt, Stevens replied:

I think it shows… If he (Vladimir Putin) actually got it – let’s go with that premise. If he earned it… That just shows a level of physical persistence and mental fortitude to be able to, like… Take those beatings, you know, and just keep showing up until you’ve overcome (them). And until you can now give those beatings.

The two also discussed about the two “types” of Judokas that compete at the Olympic Games; one type being more defensively and the other being more attack-oriented.
Stevens elaborates that it’s useful to be able to play both sides of the same coin:

I think that, when you look at the people who do Judo the best… Like, when we talk about the 10% of people who compete at the (Olympic) Games, and they do both (approaches) really well. But they favor one.
Because, if you look at the player like Liparteliani from Georgia for example, there’s a guy who “stands in the pocket”. But you can find numerous occasions where he’s, like, hustled people for a short amount of time in order to get out of scenarios. To elongate the match, to make somebody tired.

So, you want both sides of the coin. But you better pick the one which, like, 80% of your strategy is going to be built around.