Oliveira Reveals What Khabib Told Him After The UFC 280 Bout 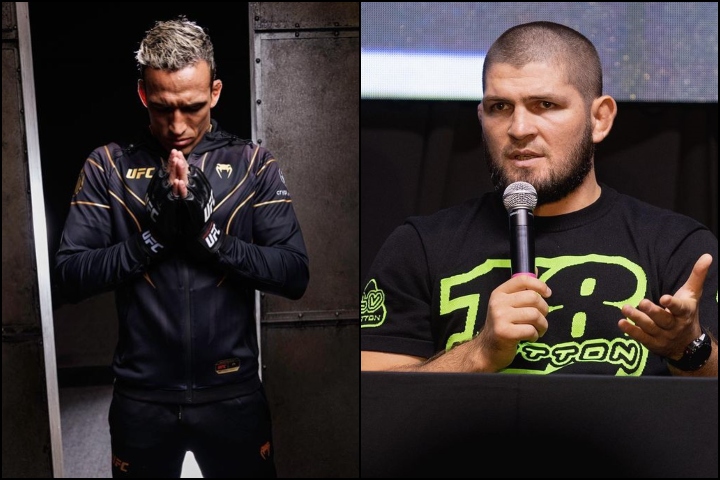 Charles Oliveira has lost to Islam Makhachev at UFC 280, after Makhachev dropped him to the canvas with a big right hand – and submitted him with an Arm Triangle.

Leading up to the fight, there were no kind words exchanged between Oliveira’s and Makhachev’s teams.
For instance, Khabib Nurmagomedov – Makhachev’s coach – exchanged harsh words with the Brazilian on several occasions, even saying that he wouldn’t turn up for the match.

However, at the UFC 280 post-fight interview, Oliveira revealed that the beef between him and Khabib was done with.
Here’s what Khabib told him after the match:

He came up to me and just basically said that everything was just promoting the fight, that he had respect for me.