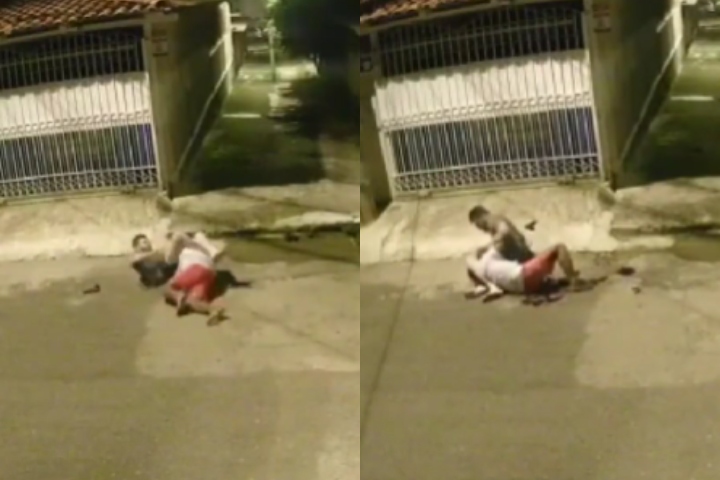 It’s no wonder that they say that “Brazilian Jiu-Jitsu is a superpower”. Once you learn the basics, you’re on a good road to learning how to defend yourself properly – especially against untrained and unarmed individuals. And, as time passes, your ability to do so will only increase. So, can you imagine someone being a BJJ black belt and defending themselves against an attacker who doesn’t grapple?
Well, that’s exactly what happened some days ago in Brazil, when an off-duty police officer was approached by a robber.

He seemingly opted not to use the gun and to simply outgrapple the assailant. When the robber reached for the gun himself, the officer took it away from him, threw it to the side, and kept the robber in a Triangle Choke.
Big kudos to the police officer for showing a lot of restraint and skill; both of the things that you’ll learn when you sign up for Brazilian Jiu-Jitsu!