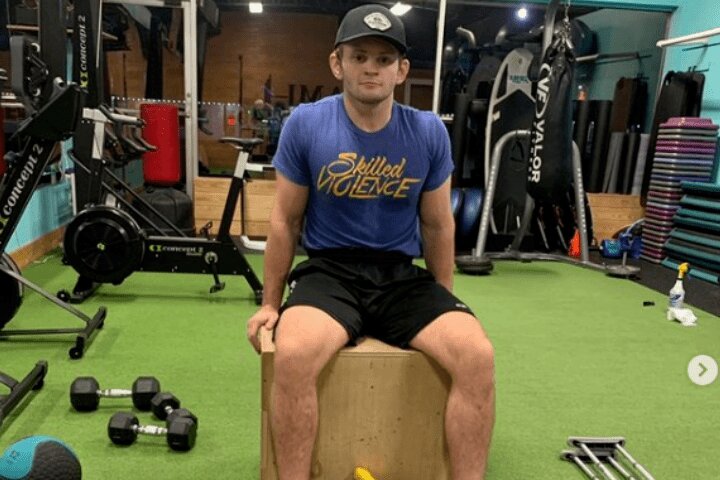 At “The Road to ADCC“, which took place on July 17, Nicky Ryan displayed a dominant game of wrestling and BJJ to gain a win against Dante Leon.
However, Ryan suffered an injury to his leg around halfway into the match. This injury forced him to engage from his back until the end… And after the match was over, he was unable to walk and had to be helped off the mat.

So I just got the results of my mri and was told that my meniscus has completely flipped around and it’s causing my knee to lock up. At this point I’m still unable to walk or extend my leg so it will definitely require surgery. I’m stuck between getting it repaired which is a 4-6 month recovery time or getting it taken taken out which is only a 4-6 week recovery time but almost guarantees that I get arthritis later down the line. 2 of my teammates haven gotten the repair done and both of them ended up hurting it again and eventually had to get it removed anyways. The doctor recommends that I get I repaired but so did the doctors of both of my teammates and the last I want is to waste 6 months of my life recovering from the repair surgery just to get it taken out anyways. I definitely have a lot to think about and will look to get a second opinion on it from another doctor.

Though hesitant about undergoing surgery at first, Nicky received more doctors’ opinions – and decided to opt for it in the end:

The work never stops, last upper body workout before surgery on Thursday. After getting multiple doctors opinions, I have decided to get the repair. Really sucks that I have to take a long break after building this momentum and finally getting rid of that competition rust but it is what it is. I’ll be back out there soon enough and just want to give a big thanks to @izaakmichellbjj for running me through these workouts as well as @skilledviolence for continuing to support me.