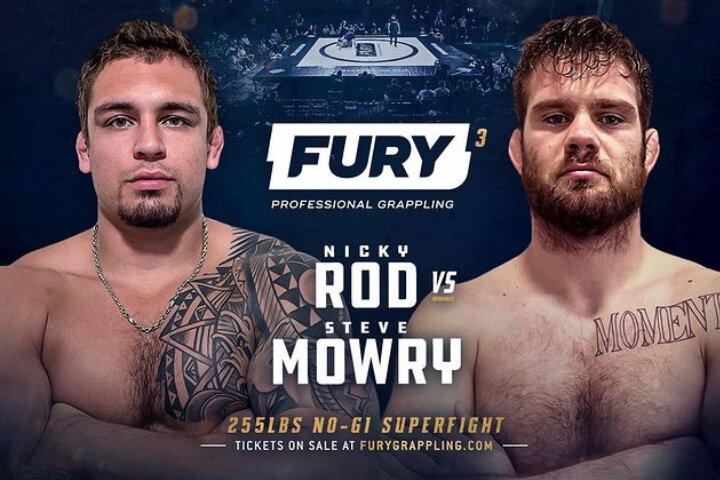 Things are heating up in the world of grappling as 2021 approaches its end! It’s now Fury Grappling that announced a new, exciting matchup for December 30 and its “Fury Grappling 3” event… A clash of giants between Nick Rodriguez and Steve Mowry!

Steve Mowry is a contender for the heavyweight title at Bellator MMA and has an impressive 10-0 professional mixed martial arts record; with 6 of his wins being earned by submission. He is 6’8” tall and has been promoted to Brazilian Jiu-Jitsu black belt by Gilbert Burns, back in November this year.
Nick Rodriguez, on the other hand, is a well-known former member of the Danaher Death Squad and a current member of the B-Team; as well as a 2019 ADCC silver medalist. However, he hasn’t competed much in 2021. Back in March, he dominated in his performance against Yuri Simoes at Who’s Number One (WNO); and then in June he competed at the Third Coast Grappling absolute grand prix; where he first defeated Pedro Marinho and then lost via decision to Victor Hugo.

This Fury Grappling 3 match is set to be a thrilling one; where two superb athletes will face off in a display of wrestling and grappling prowess.