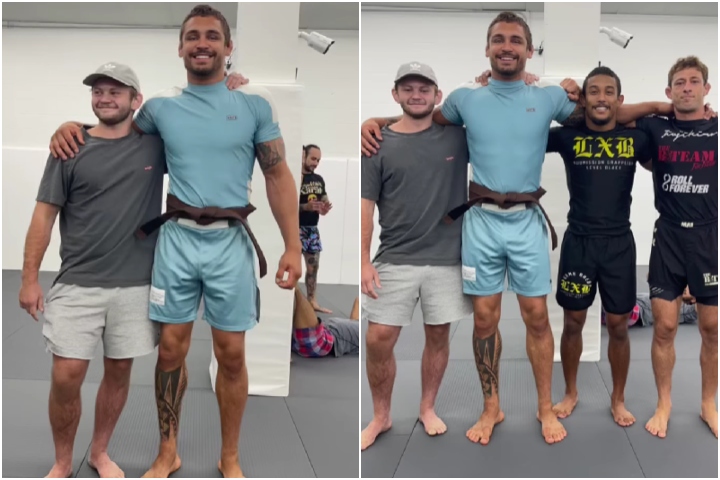 It should come as no surprise to anyone that Nick Rodriguez is quickly turning into one of the most elite grapplers in the world. Actually, he might be one of the athletes that were the fastest to ever do it! He was a blue belt back in 2019, when he burst onto the competition scene and won the ADCC silver medal… After training Brazilian Jiu-Jitsu for around 12 months.

Last Wednesday however, Rodriguez levelled yet again. Craig Jones, Ethan Crelinsten, and Nicky Ryan promoted him to brown belt at the B-Team facilities (in Austin, Texas)!

Nick Rodriguez started training Brazilian Jiu-Jitsu under John Danaher. Having had Danaher’s guidance and with plenty of wrestling experience (which he trained since he was 12 years old), Rodriguez first won the ADCC West Coast Trials in 2019; only to continue his winning streak at the ADCC World Championships in the same year, when he beat the likes of Orlando Sanchez and Roberto “Cyborg” Abreu in order to win the silver medal.
His most recent match ended up with a somewhat unexpected loss, to the Checkmat’s brown belt Elder Cruz.

After the Danaher Death Squad fell apart in 2021, Rodriguez joined Craig Jones, Nicky Ryan and Ethan Crelinsten, with whom he formed the B-Team.