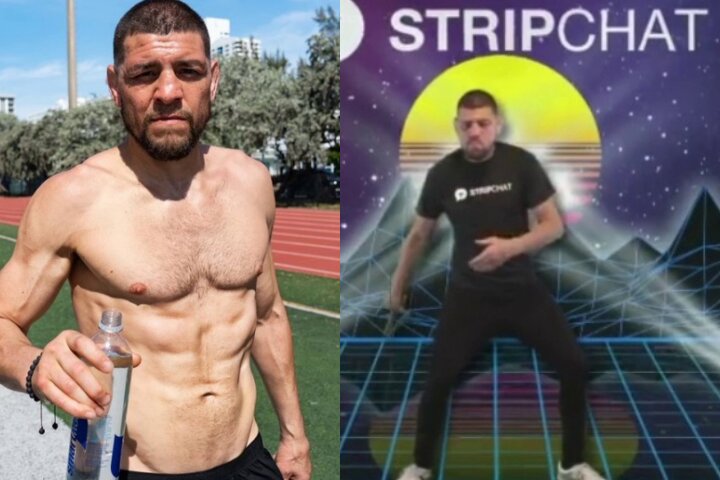 Nick Diaz will return to the octagon after a six year hiatus, on September 25 at UFC 266. He will face Robbie Lawler; an old foe, whom he first faced against at UFC 47 – 17 years ago.
But Nick has more interesting news other than his return to MMA. The adult cam website “Stripchat” announced that he will be hosting an online self-defense class; teaching Jiu-Jitsu, Muay Thai, and Boxing. Everyone who’s over the age of 18 can watch.

Stripchat approached us with a unique opportunity to be the first athlete to utilize their huge platform in a way nobody has done before. And if you know anything about Nick Diaz, then you know there’s nothing he likes more than being the first to do something.

I will be teaching important self-defense lessons and other sh*t to these cam girls so they can protect themselves if they are ever approached by unwanted creepy men.
After we’re done with this training, I would advise against trying anything silly with these models.

Stripchat is excited to be working with Nick too. Max Bennet, the Vice-President of New Media at Stripchat, followed through with the following statement:

We are excited to partner with Nick and his team for this first-of-its-kind collision of world-class athletics and state-of-the-art live camming technology. We’ve built Stripchat into the perfect platform for athletes to show off their skills to their fans in a way that feels interactive, personal, and profitable.
We hope that our beloved cam models pick up some sick self-defense skills from their course, and that Diaz will win over some new fans who will purchase his fight against Robbie Lawler at UFC 266.