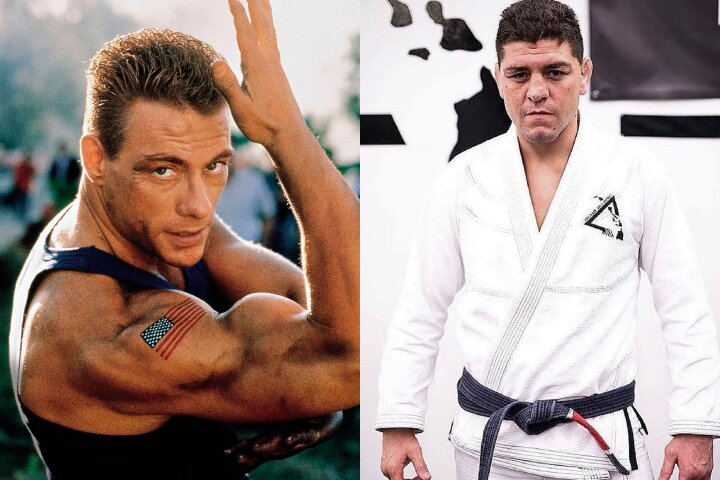 Nick Diaz is a man of many interests and talents… From triathlons and now to acting – as he will make his acting debut alongside none other than the Hollywood movie star Jean-Claude Van Damme!

The neo-noir action movie “Darkness of Man” is being directed by the American film producer James Cullen Bressack.
And, according to Matt Staudt, the co-founder of Game Up Nutrition (a CBD brand founded by Nick and Nate Diaz), the scenes in which Nick Diaz is being featured have already been shot:

The movie I was in LA for last month wrapped yesterday. Get ready for a new, gritty and dark crime story set in LA starring Jean-Claude Van Damme and features Nick Diaz, who killed it.

Nick also has a badass fight scene in the film. When it got to rehearsing the fight, he took over and of course had better ideas than the film’s stunt coordinator which is what ended up being filmed and looked awesome.

Van Damme, who isn’t just a Hollywood actor but is also a renowned martial artist, has known Nick Diaz for a long time. For example, he has been observed training with him and Nate Diaz back in 2016, prior to Nate’s rematch with Conor McGregor: