Nicholas Meregali: “What I’m Going Through I Wouldn’t Wish On My Worst Enemy” 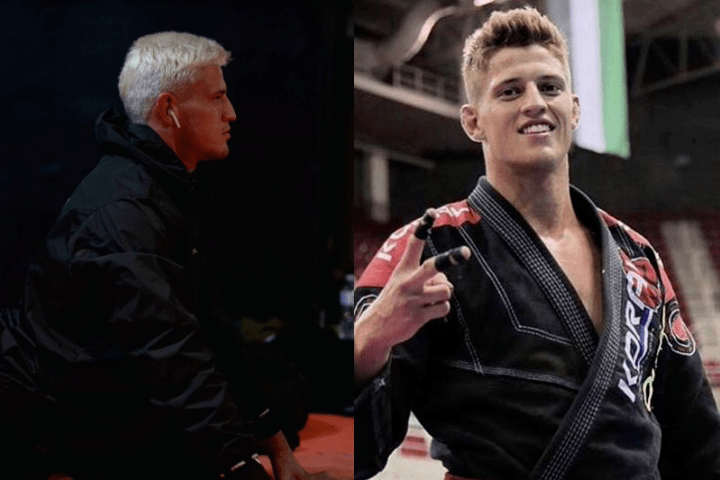 Being on top isn’t easy. Most ordinary people underestimate the mental strength required to persist, which is often met with more than plenty of stress.
Nicholas Meregali seems to understand that all too well. Even though he acquired victory against Rider Zuchi in the main BJJBET 2 superfight, he’s been going through some difficult times off the mat. He took it to Instagram to share his state of mind:

What I’ve been going through for the last few years I wouldn’t wish for even my worst enemy. Thanks to everyone who is together with me.

Meregali also appears to be “fighting off” a swarm of haters:

The way you express your love for me is by hating me. If I were a petty guy you wouldn’t spend your time coming on my Instagram to be a hater. You can say this is a lie, but every time you say my name you’re showing me that i touch you somehow.
Losers will always be losers, and worst of all, they tried to make you like them to make them feel better. thanks to all the guys that come to my profile for talking shit, you bring a lot of engagement, I love you losers.

Mental health is no joke and Nicholas Meregali isn’t alone in his troubles. One of the greatest American gymnasts of all time, Simone Biles, recently withdrew from the Olympics – citing the same issue at hand.
Josh Hinger viewed it through an empathetic light:

When I was wrestling during my senior year of high school, I was cutting 14-15lbs a week to make weight for the duel meets on Thursday, and maintaining the cut for the weekend tournaments on Saturday. Then Saturday night and Sunday I would binge eat and rehydrate just to begin the process all over again on Monday morning. It was 1999-2000, and I had no idea how to cut weight strategically. I had no guidance or professional help.

The coaches had to turn a blind eye to protect themselves from liability. After I won the regional CIF tournament, I was trying to cut weight for the Masters tournament, and then hopefully again for the state tournament. After 10 weeks of cutting twice a week, every week, my body just stopped responding to the dehydration process that I had been using all season. I would pretty much just deprive my body of food and water for 3-4 days while doing excessive amounts of training and cardio. I was one of the best wrestlers on the team and expectations were high. 2-3 days before the masters tournament, I was hammering extra cardio sessions on the bike in multiple layers of sweats and I wasn’t losing any weight. Still 8lbs over, the sweat just wasn’t coming out of me the way it would earlier in the season.

I didn’t feel right and I didn’t want to become a dead wrestler news headline. So I quit. I decided not to go to the Masters tournament. The backlash was pretty brutal. I was publicly berated by my coach. I was mocked and shunned by most of my teammates. Everyone called me a quitter, a disappointment, and they told me I’d regret this decision the rest of my life. But guess what… I don’t regret it one damn bit. To this day, I believe that I saved my own life with that decision. And here I am today, still alive, still healthy, and still wrestling everyday. I’m with @simonebiles on this one. She doesn’t owe anyone shit. I’m well aware that high school wrestling isn’t remotely comparable to the Olympics, but I fully understand that she did what’s best for her, just like the rest of us all do what’s best for ourselves each and everyday.