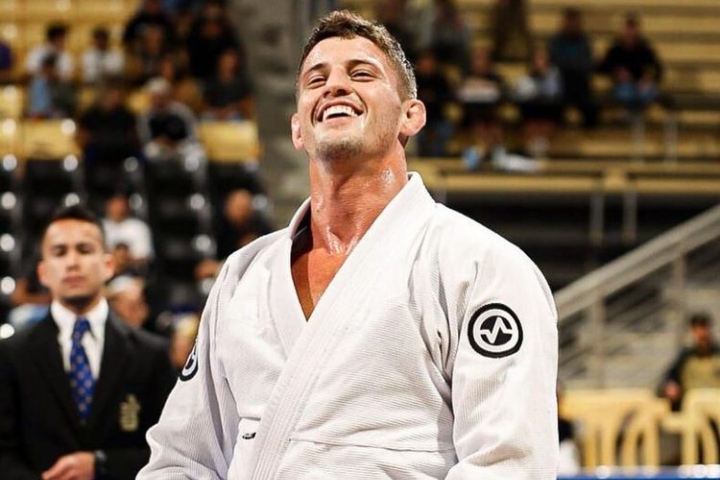 It’s an unpopular truth that quite a lot of gi matches are won via the “stalling” tactics; both on the most local, but also on the most international of levels. Athletes achieve a set number of points, an advantage of sorts over their opponents – and then they “wait it out”.
Of course, if the ruleset allows for it, this is a legit tactic. But still, most spectators better appreciate matches that are more dynamic… Which is exactly what Nicholas Meregali gave them at the IBJJF 2022 World Championships!

Namely, Meregali had an outstanding 75% submission rate at the Worlds, with 6 submissions in 8 matches. Here’s what the IBJJF reported about his success:

Dream Art’s Nicholas Meregali had the most submissions of the event.
His 2022 Worlds campaign started in the open class, where he faced Seif-Eddine Houmine of GF Team. Nicholas earned his first submission of the day, getting a loop choke finish 8:27 into the match.

He moved on to face another GF Team representative in Wallace Costa, submitting with his second loop choke in as many matches.

The semi-final of the open class was against a familiar foe in Fellipe Andrew. A sweep and guard pass led Nicholas to a kimura, that he turned into an armbar to get the tap about five and a half minutes in; earning him a spot in the open class final.

Nicholas Meregali was sure to emphasize the importance of this 75% success, proud of his submission-only mindset:

Imagine you have this submission rate in a sport where legends are made by stalling fights… The only way you have show how great you’re at Jiu-Jitsu is by making your opponent taps to you, otherwise you’re just winning a match.
If you want to fight against me again, make sure you’re ready to fight in a sub only ruleset. I’m going to show to the people what’s the real Jiu-Jitsu.