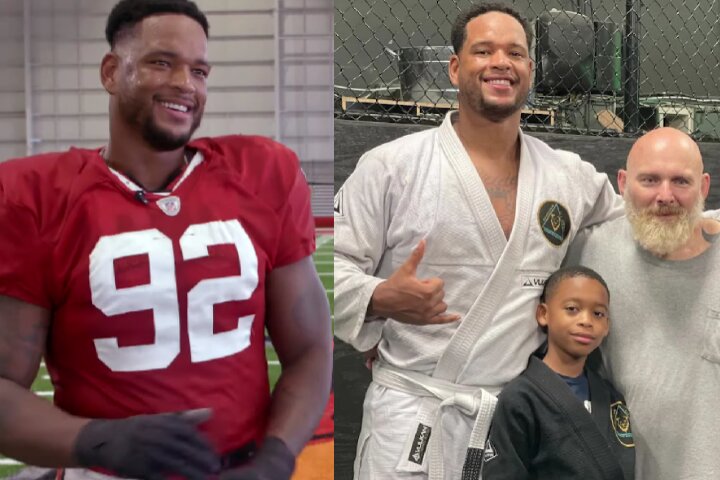 Brazilian Jiu-Jitsu can work wonders when introduced as an additional training tool in other sports. For example, Will Gholston – Tampa Bay Buccaneers defensive end – decided to take up BJJ this year as a part of his NFL offseason!
He described what the experience of training Jiu-Jitsu’s been like in a recent interview:

I was doing Brazilian Jiu-Jitsu… It’s the hardest thing I’ve ever tried, to be honest with you. It’s harder than football practice, to be honest. [When you’re] in the gi, it’s just as hot as it is when you’re outside.
Some of the fundamentals and morals [of BJJ] are similar to football. The hand-to-hand combat, the wrestling, the leverage, the grappling… Basically, all is similar.

Gholston also discussed who would, theoretically, be the hardest teammate to roll with. Then, when asked by the reporter what he thinks are the biggest things that BJJ has helped him with in football and vice versa, Will answered:

With Jiu-Jitsu, I’d say it’s grappling. The hand-to-hand combat… And the way that football transitions to Jiu-Jitsu, it’s being able to have quick [reactions]. My hands are quick already, so I picked up on all of the chokes and submissions.

In the end, Gholston adds that his endurance has gone way up as a result of training BJJ. Check out the full interview below: