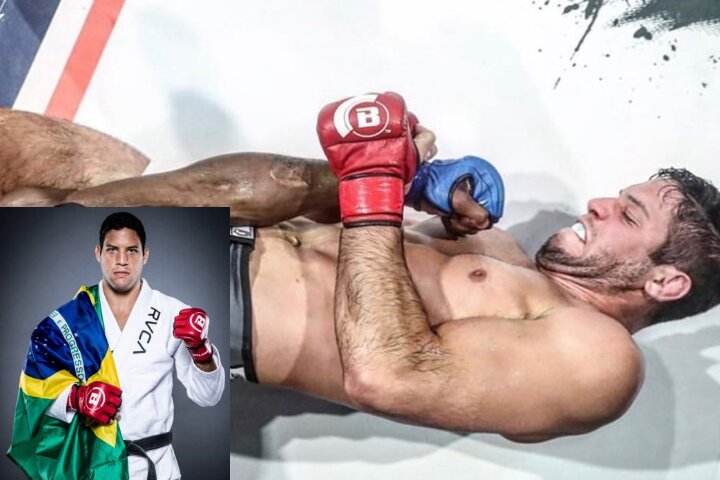 Neiman Gracie is making leaps in his MMA rise, as he’s currently one of the top names in Bellator’s welterweight division, with a record of 11-2.
In a recent conversation for the “Canal do Marinho” Youtube channel, Neiman revealed that he has already been contacted by the UFC – and that he has a desire to join it as well… Though whether he’ll join it or not greatly depends on how the promotion goes about fighter’s pay and how Bellator will treat him:

I’ve already received it [a proposal from the UFC], I don’t like to talk a lot, but they’ve already asked about me. Bellator is very smart to keep me there, because when my contract is about to end, they [will have to] come up with a very good proposal to renew for more fights. In this one they’re keeping me, and I’m staying.

I’m happy, but who knows in the future. I intend to go to the UFC, but it all depends on my contract with Bellator being over and the UFC paying, because the guys are bad at the game. The guys [UFC] have to improve their [financial] game to go there too.
Money is becoming a not-so-important thing in my career. I’m past the stage of wanting to earn a lot of money, I have a comfortable life. The perfect movie for me would be to get the Bellator belt and maybe in the future go to the UFC and get the belt.

Check out the interview below (in Portuguese):