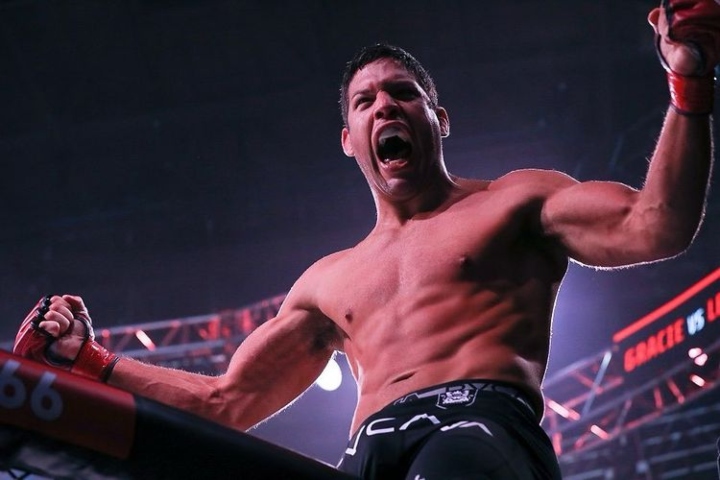 Neiman Gracie has an upcoming fight on Friday, against Logan Storley at Bellator 274. In its anticipation, Neiman was a guest of the MMA Fighting‘s “Trocação Franca” podcast, where – among other things – he was asked if he is the best-rounded Gracie fighter to have ever competed in mixed martial arts.
He gave a humble answer:

I’ve heard people say that, that I’m the best MMA fighter the Gracie family has ever had, but I don’t know. I don’t think so. Everyone has their own style. It’s my moment now, I’m more in the media and people are giving me more props. I’m happy about it. That was one of my plans when I started fighting, to become a complete fighter and show that Gracie’s can fight in all areas.
I’m happy when people say that. But I don’t let that get inside my head and it doesn’t make any difference to me.

He is looking forward to the Friday’s match, as after winning it he’ll be closer to earning the belt for his family:

This belt would be a big achievement [for the family], for sure. That’s the plan.
I can’t wait to get to my turn, and I’ll try to take that belt. This family is big and I’m sure others will come, but I won’t let my history [down], I’ll bring this belt for the family.

Make sure to listen to the entire Neiman Gracie interview on the following link.