Neiman Gracie: “I Brought The ‘Gracie’ Name To A New Level” 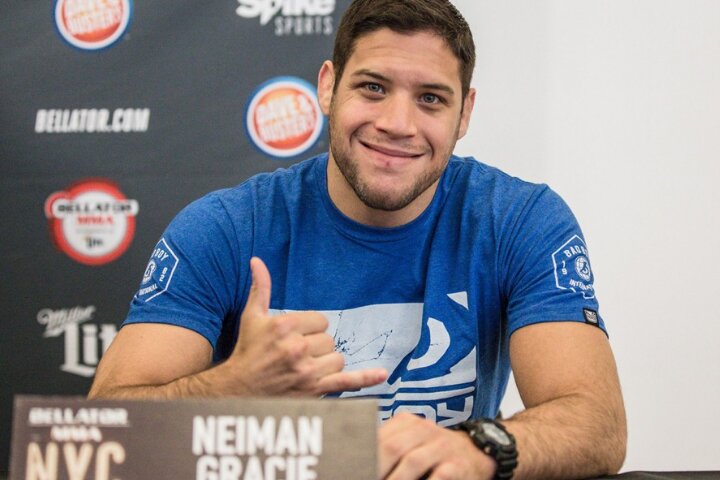 Neiman Gracie has been on a winning streak in Bellator. Most recently, at Bellator 266, he faced Mark Lemminger; against whom he recorded his first knockout win.

With that knockout win – as well as with the overall progress he’s made in striking – he is now proud to say that he’s been moving the “Gracie” surname reputation away from someone only able to grapple.
Neiman Gracie explained why in a recent interview for MMA Junkie:

I think I’m doing already one of the things that I wanted to do, which was try to bring the Gracies to the next level, meaning that we can do everything, not just go for takedowns and do Jiu-Jitsu.
Since I started MMA, I always thought of bringing the Gracie name to the new level of fighting in every aspect of the fight and being a complete fighter. I think I’m doing that already, but I want to be a world champion, man. This is the main thing. I will do it one day for sure.

His striking coach Rafael Cordeiro, of Kings MMA, has been a major influence in Neiman Gracie’s improvements as a striker:

He gave me the belief, I think. I always trained striking but I always wanted to go for takedowns all the time. He gave me the belief and the confidence to go out there and use my striking. I think that’s the biggest thing.
And on top of that, Master is so good because he doesn’t want to turn you into a striker. He always tells me: “If you see the takedown, go for it.”

He’s not trying to be one-dimensional. He thinks about the game as a whole. I think this is what makes him the best.