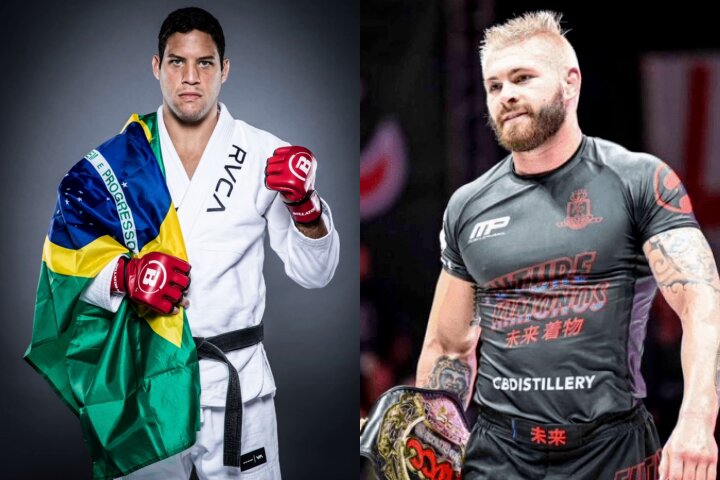 Neiman Gracie put on a true display of progress and skill in his latest Bellator fight. At the end of September, the Gracie needed just below 2 minutes to earn the first knockout win of his professional MMA career – against Mark Lemminger.
In an interview for “Canal do Marinho”, he explained that he had an attitude change while going into the match:

This business of being nice to the others in there is over. I had fair play, and Renzo almost killed me afterwards (laughs). He f*cked me up, said I’m very nice. (So that is the reason why) I went into this fight p*ssed off.

Neiman also shared his opinion about the long-awaited match between Gordon Ryan and Andre Galvao. He trains with Ryan and thinks that he’s a favorite for winning the bout:

I’m suspicious to say because I’ve been training with Gordon since he was a blue belt. Since he was skinny, then he was big, I saw all of this going through.
If he’s focused, well on his stomach, because he had a stomach problem… I think it’s (going to be) very difficult for anyone to beat Gordon these days. He is very complete and with Jiu-Jitsu very similar to Roger (Gracie), who doesn’t lose position and always submits. I think Gordon will win.

Check out the interview with Neiman below (in Portuguese):