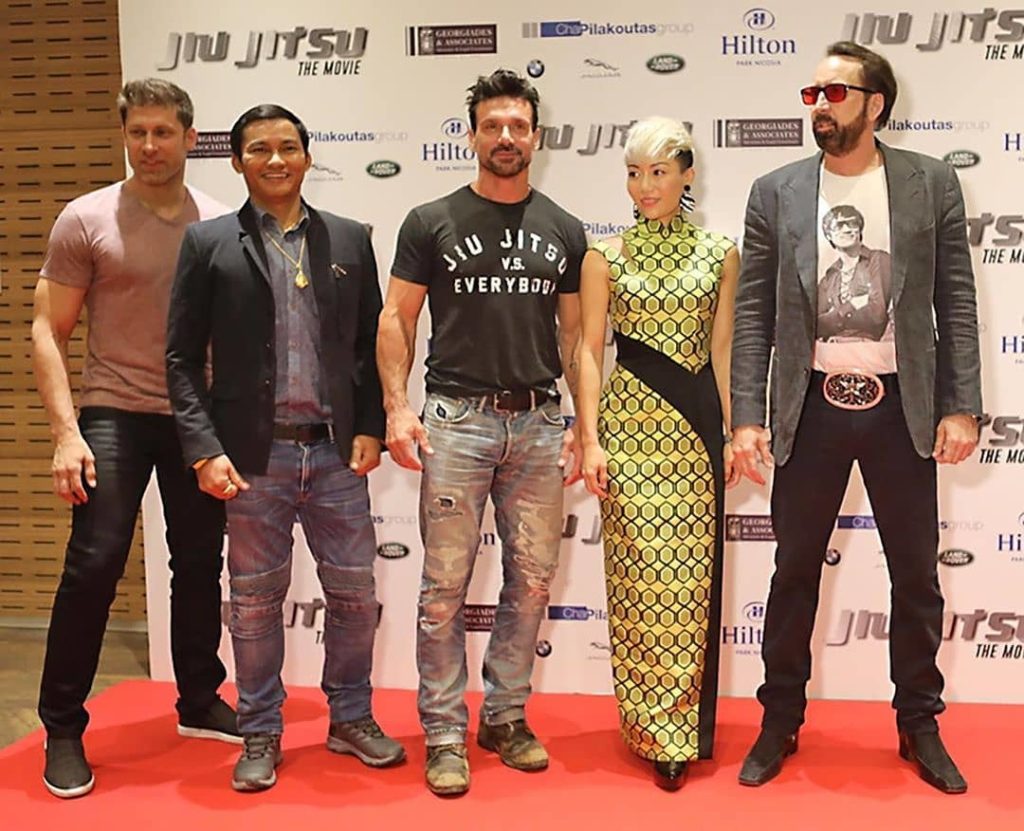 Nicolas Cage is set to star in “Jiu jitsu” movie. The movie in question is a martial arts actioner based on the comic book of the same name.

Now here’s where things get a bit sketchy – Cage and the gang will be squaring up against alien invaders of all things.

The cast will also include BJJ black belt Alain Moussi, who stars in the “Kickboxer” franchise. Dimitri Logothetis is producing with Martin Barab and directing from a script he wrote with Jim McGrath.
The movie has already been shot and is in post-production and the release date is Nov. 20.

According to IMDB, the release date is set for July 2020.

A teaser trailer has just been released showing a glimpse of what the movie will look like:

The $27.5 million film is currently in post-production and was shot entirely in Cyprus.

From writer-director-producer Dimitri Logothetis, Jiu Jitsu will see Cage star alongside Alain Moussi, who is a BJJ black belt belt under Rigan Machado and headlined the last two Kickboxer movies, in which Logothetis was involved.

Based on the comic book of the same name, which Logothetis wrote with Jim McGrath, the film features Moussi as a Jiu Jitsu fighter who every six years must face off against an alien invader, Brax. Cage’s character teams up with him in a battle to defeat Brax.