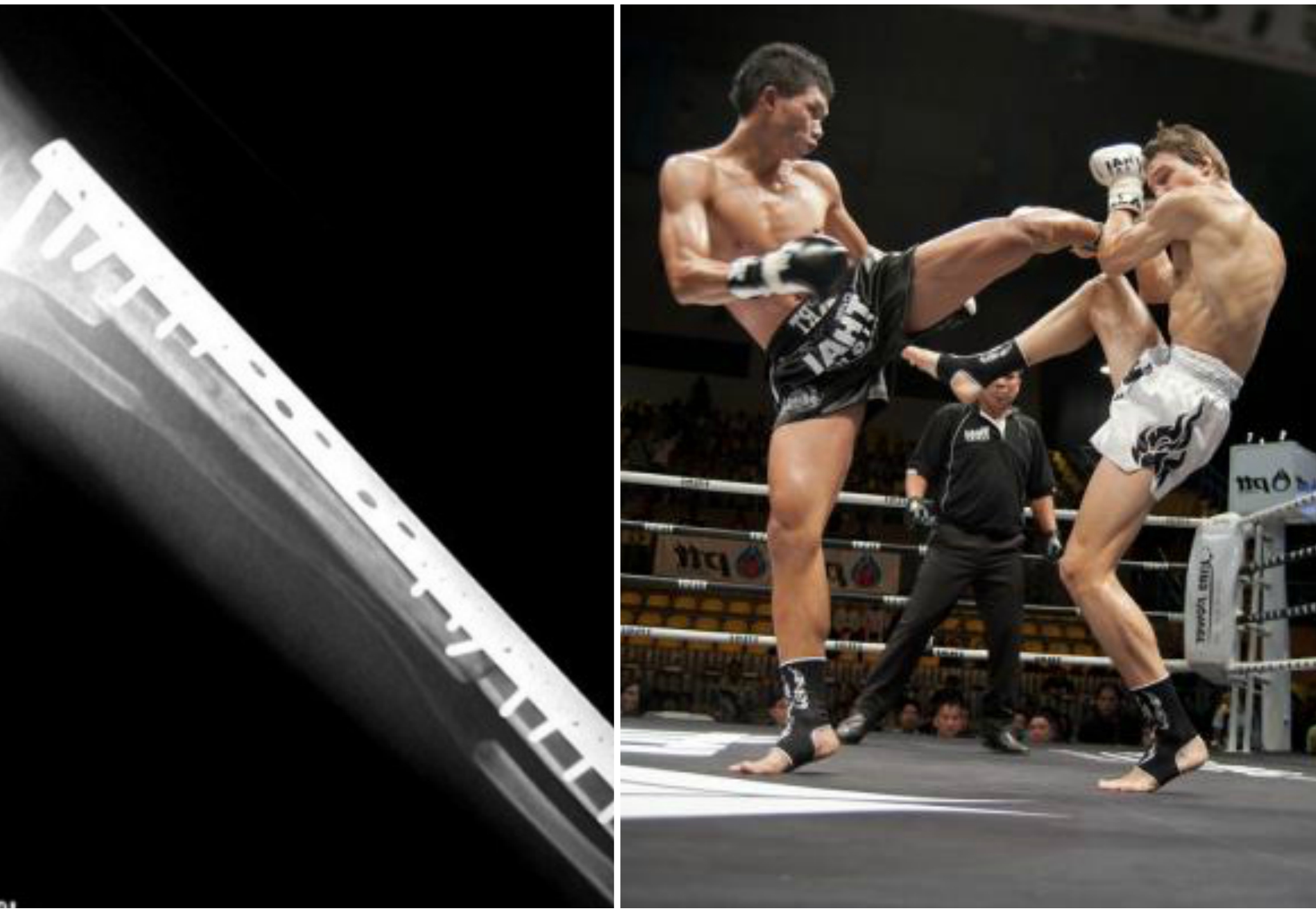 The fighter claims that the implants were used to help him recover from an injury but many people are doubting his story, as he was active in Muay Thai fights in the past year.

Anderson Silva suffered a broken shin bone last year and also kept the titanium rod in place. This is legal under the Unified Rules of Mixed Martial Arts.