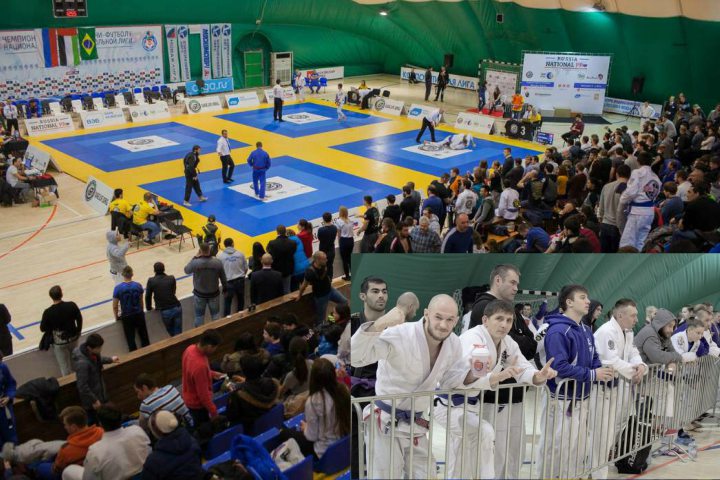 BJJ is growing very fast in Russia. Last year, Moscow hosted the first ever Russia National Pro and the biggest kids BJJ tournament in Europe with over 800 participants, Gymnasium Cup (The next edition of Gymnasium Cup is on May 27th)

Brazilian Jiu-Jitsu formally arrived relatively late in Russia in comparison to other Eastern European countries such as Serbia and Poland (2000). Leonid Gatovskiy, Russia’s first BJJ black belt started training from 2004. Nowadays there are over 1000 people actively training BJJ in Moscow and many of the big powerhouses are present: Alliance, Gracie Barra, Ribeiro, Checkmat etc…There are a few Brazilian black belts teaching in Russia and a growing number of Russian black belts.

In 2014, the first IBJJF events ever were held in Moscow: The IBJJF Moscow International Open and the No Gi Open. They were a smashing success.

2015 and 2016 had massive BJJ invitationals in Grozny and Moscow which hosted stars such as Andre Galvao, Romulo Barral, Rafael Mendes etc…

It is with great pleasure that we announce the first ever Moscow International Pro Jiu-Jitsu championship Gi & No Gi in Russia, organised by the UAE Jiu-Jitsu Federation.
The event will be held in Moscow, Russia on 20th and 21th May 2017.

Why not combine a great Jiu-Jitsu weekend and a great sightseeing and party weekend in one the coolest capitals in the world?

Open to All Nationalities, All belts Juveniles, Adults and Masters.

To book cheap flights to Moscow: