MMA Fighter Gets KO’d by Opponent, Then Choked by Referee 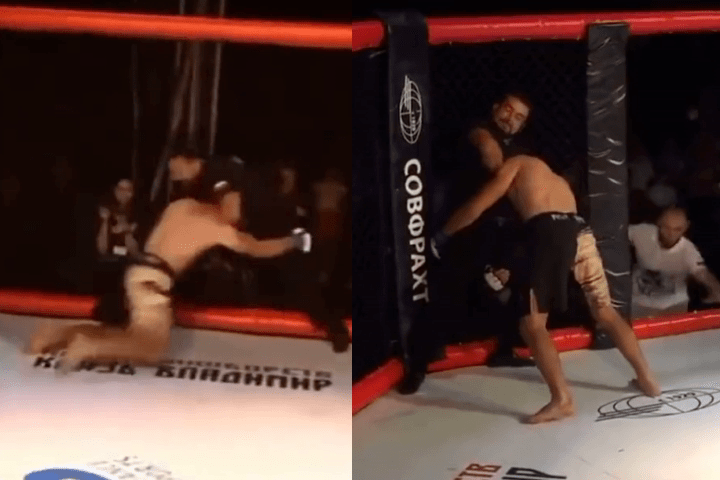 Things have been wild on the worldwide MMA stage lately. And not (just) because of the great fights that are taking place, but also because of some weird situations.
For example, imagine fighting in an MMA match and a referee chokes you out. Or a huge insect jumps into the cage and stops the match.

The latter happened at the CFFC 99 event last weekend, in a match between the UFC veteran Nah-Shon Burrel and Khetag Pliev. Mid-match, an insect introduced himself to the stage and forced the referee to pause the bout while he “escorted” the creature out of the octagon.

Insect in the cage alert! Burrell wanted no part of it! #CFFC99 pic.twitter.com/5LzzfPqcJC

But the former happened as well! In an MMA match (whose fighters are at the time of this writing still unidentified), one athlete was first KO’d by an opponent very early on in the bout. The referee stepped in to stop the fight, and the winning athlete went on to celebrate… Which was not the case for the other one.
Obviously disoriented, the losing fighter got up to his knees and went to take down the ref! However, the ref obviously trains as well, for he locks in a standing Guillotine Choke. He chokes the fighter unconscious and hands him over to his crew.