Mikey Musumeci: “Me vs. Mighty Mouse Would Be The Biggest Match In Jiu-Jitsu History” 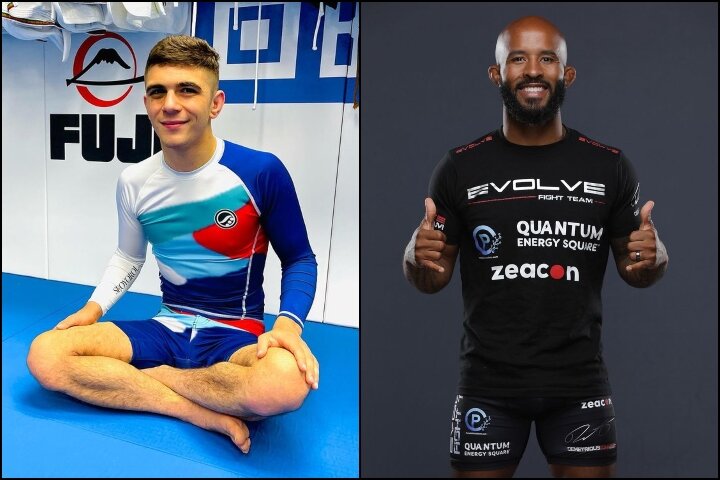 Mikey Musumeci is going to compete at the biggest fight of his career next Friday (September 30), when he’ll take on Cleber Sousa for the ONE Flyweight Submission Grappling world title.
However, Musumeci already has his eyes set on the next possible challenges… Including a potential matchup against Demetrious Johnson.

In an interview for ONE Championship, Mikey said that a mixed-rules match between him and the “Mighty Mouse” would bridge the gap between the BJJ and MMA audience.
He also said that this match would be the biggest one in the history of Jiu-Jitsu:

I honestly think me and Mighty Mouse would be the biggest match in jiu-jitsu history if we did that. We will make a special rules match, for sure.
Like, obviously, because he’s a brown belt now, maybe we can make it where there are no leg locks allowed. And we can make it with some cool rolls where it’s really cool for everyone.

I think that this match would just be such a huge thing for Jiu-Jitsu because we would have the MMA audience and Jiu-Jitsu audience together. All of us watching this match, I feel like that would bring a lot of new faces to watching Jiu-Jitsu.

And Mighty Mouse is such a martial artist, a true legend. He challenged himself in Muay Thai, he keeps challenging himself in different ways.
He’s the GOAT of MMA, and it would be an honor to have a match with him. That’d be a dream match for me.