Michelle Nicolini: “You Fight Gabi Garcia & Think That The Next Time You Fight Her, You Will Do Better, But It Gets Worse The 2nd Time & So On.” 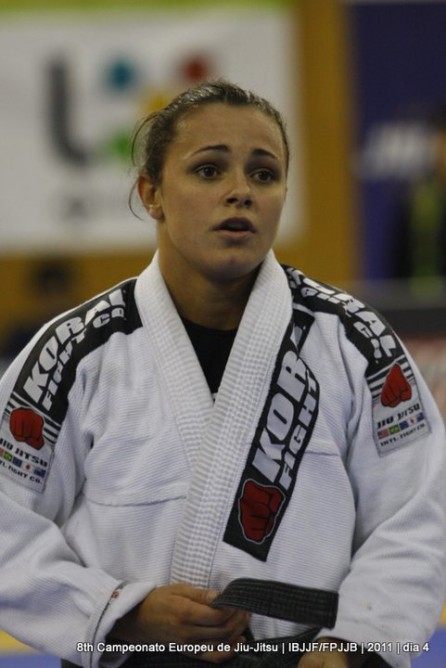 Four-time world Jiu-Jitsu champion Michelle Nicolini has moved up to the medium-heavyweight. Her challenges for this year, however, have not ended: she will now try to honor her invitation to the Beijing ADCC on the 18 and 19 of October, by adding another title to her winning career. Now in no-gi. In an interview with Graciemag she talked about her ADCC preparartion and the fact that many female competitors have lost hope of beating Gabi Garcia:

“GRACIEMAG: How is your preparation going for the ADCC in China?

MICHELLE NICOLINI: I’m still away from Brazil, I’m training light and giving several cool lectures and seminars. I’ll return to Brazil in early August, and I will prepare in Santos. I will have exactly two months until I board to China. In Brazil, I will resume strength and conditioning workouts and step up the pace of my no-gi training. You can expect my best Jiu-Jitsu. I’m motivated for
this tournament, which is undoubtedly the championship of the dreams of many, for the international recognition that it gives athletes. I think we will see great fights.

In the 2013 Worlds, you and many stars withdrew from the black belt open. Do you think this is becoming a trend during the reign of Gabi Garcia?

One reason is that many girls are afraid of injuries in the absolute, and it being one day before the weight categories, that ends up becoming a major issue. Although I am from the lighter categories, actually I always enjoyed fighting the open, but for two years now I have preferred to focus only on my weight class. I really think Gabi Garcia discourages the lighter girls a bit. You fight with her the first time, and think that next time you can do things differently, have a better performance. But it gets worse the second time, and so on. As long as Gabi is training hard, I think the absolute title is gonna stay with her.” 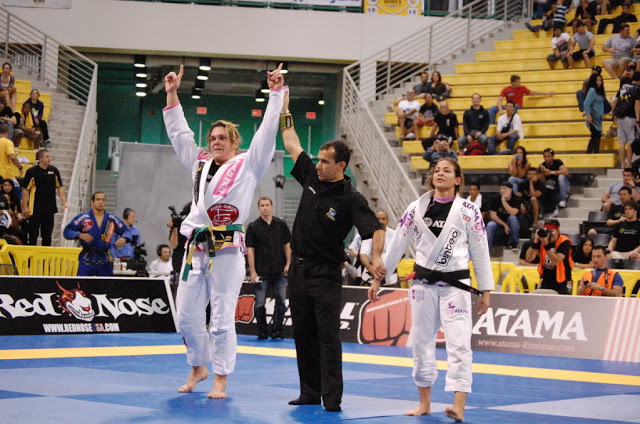 One of Michelle’s rivals, Mackenzie Dern in her last match vs Gabi Garcia: