Mica Galvao to Compete at Parajiu-Jitsu Superfight Against Gustavo Riscado 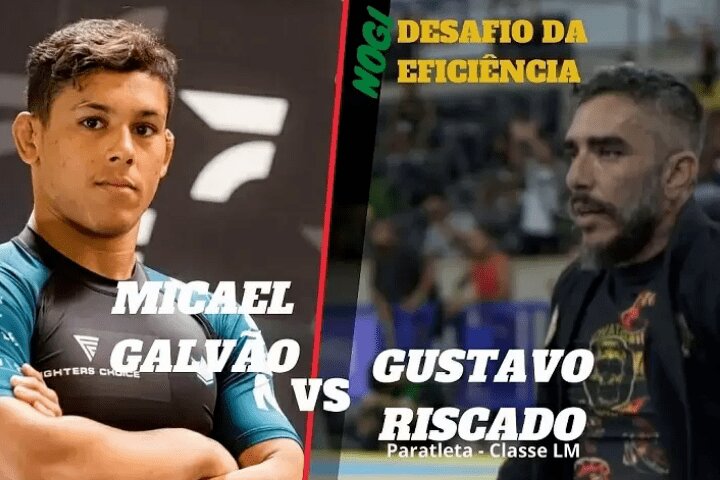 On August 8, in Rio de Janeiro, the second edition of the Brazilian Paradesportive Jiu-Jitsu Championship will take place; organized by the Santa Catarina Federation of Paradesportive Jiu-Jitsu (FCJJP). In addition to the championship being open to several categories – organized by functional classification – superfights will also be held, in order to increase the visibility for the sport.
Mica Galvão has accepted to participate in a superfight against the para-athlete Gustavo Riscado. Daniel Borges, president of the FCJJP, commented on this:

Giant expectations, as Mica is at the height of visibility and our mission with Parajiu-jitsu is to take this rehabilitation tool to as many people with disabilities as possible. We had already tried with him in South American Parajiu-jitsu, but the schedule didn’t matchup. And this time, with the intermediation of Istal Rubio, CEO of Atlhetica Nutricion Asia, it was possible.
I already leave my thanks to this incredible partner who embraced the cause of Parajiu-Jitsu in his heart. Mica and his father (Melqui Galvao) are different human beings, they accepted the challenge. They understood the mission. Their beliefs and values ​​are in line with our mission and it was natural to make this operation feasible.

Gustavo Riscado was an MMA athlete, but lost movement in his lower limbs after being shot when he interrupted the act of sexual harassment in a restaurant in Salvador.
He experienced depression, but when he found Parajiu-Jitsu – he also found the strength to start again.

In 2019, through FBJJMMA, I beat the king of the ParaJiu-Jitsu mat from Bahia, being Bahia champion and meeting Daniel (FCJJP president) and by a miracle we made a friendship. In the same year, FCJJP was born and some more real dreams. In 2020, after a pressure ulcer injury, I was forced to stop training and also because of the new coronavirus pandemic.
However, this union of minds from FCJJP, SJJSAF and Athletica Nutrition Asia, the dreams of showing this small portion of disabled people that they only need a little support, have returned.
[Translated from Portuguese]