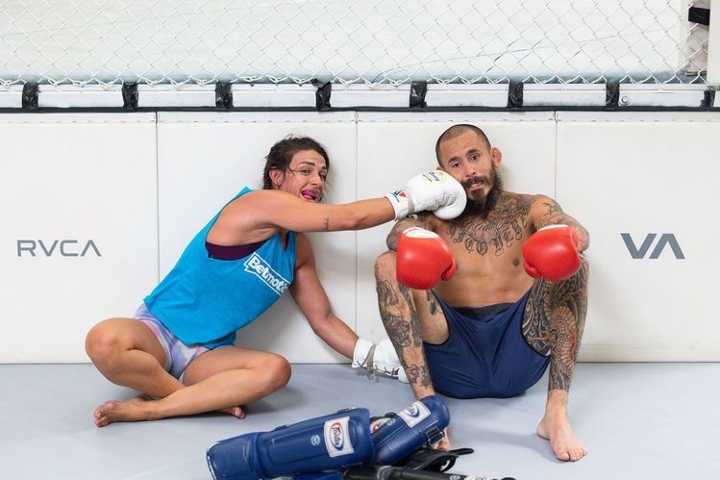 Marlon “Chito” Vera is a UFC bantamweight contender who is on a four-fight winning streak. He’s now on the brink of getting his first title shot opportunity and is working harder than ever before.

One of his teammates is Mackenzie Dern… Whom Vera praised for her work ethic and juggling motherhood and training, in his recent interview with the UFC’s Megan Olivi:

She works hard. She’s a Jiu-Jitsu World Champion, [who] translated to fighting and keeps going. [She is] number five in the world, she’s got a long way to go.
And for guys, for me, I don’t know if it’s easy, but I’m like… I don’t have to come with my kids to the gym. Like, my wife does all that for me. And I’m like, woman’s work, it’s pretty damn hard.

Vera emphasized that he admires Dern for what she does:

Like, that’s a real job taking care of the kids, taking care of the house. And, you know, she got to sometimes bring the kid here and have the kid waiting.
And I always admire that because I know how hard is for my wife to do all she does while I train.

So just putting that on top of training was a little crazy.