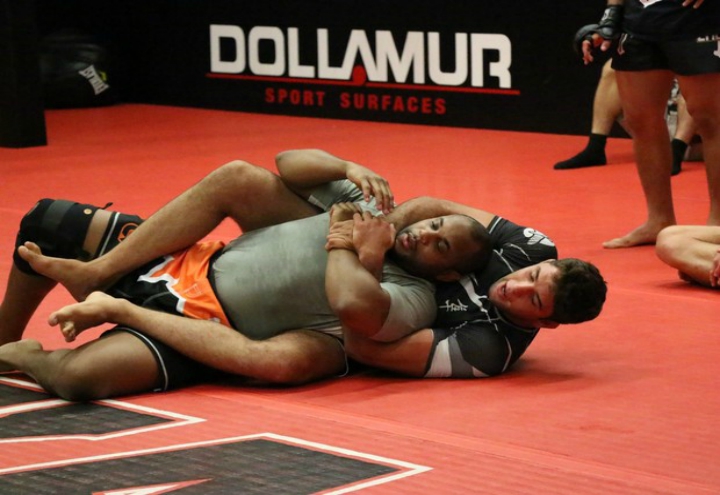 Did Buchecha finally decide to take the MMA plunge?

According to UFC commentator and MMA/BJJ journalist Mohammed Jassim Al Hosani, he did just that and he even signed with Khabib’s manager Ali Abdelaziz:

According to Ali, Buchecha has retired his Gi and will focus on MMA in the immediate future. That does not mean he won’t be competing in No Gi/Grappling events going forward as well. He is currently in negotiations with several MMA Promotions for his 1st fight.”

Ali Abdelaziz signs BJJ Legend, Marcus “Buchecha” Almeida to Dominance MMA. Great to see him transitioning to MMA.. Finally! According to Ali Abdelaziz, Buchecha is to retire his Gi and focus on MMA in the immediate future. That does not mean he won’t be competing in No Gi/Grappling events going forward as well. #BJJ #JiuJitsu #MMA #Buchecha #DominanceMMA

Buchecha has made any statement as of yet, but he shared the same video on his instagram story.

Marcus ‘Buchecha’ Almeida  was once rumored to be MMA’s hottest prospect but things have considerably sizzled down since then.

In an interview with Combate back in 2018, he said we could see him making the move in the future, although it would have to be under the right conditions.

“I never planned anything in my life, I never thought I would make it this far,” Buchecha said. “That’s how I want to keep it. One day after the other, without too many plans for the future. As for MMA, I don’t have the dream to become an UFC champion, but I will test myself sooner or later. Unfortunately, nobody has treated me the way I desire. I think I’m at the top of my sport, so I won’t start at the bottom like they want me to, that won’t happen.

“If I come across a reasonable proposal, then I’ll do it. I’m in no hurry. MMA is something I haven’t ruled out, but it has to be under the right conditions.”

Buchecha hasn’t been spotted working on his striking in forever.
Back in 2014 he was quoted saying:

“In fact, I try to train a bit everywhere I go. I try to learn, and the guys in MMA like to teach me. I have to take advantage of it (laughs). I trained at AKA few weeks ago, with Luke (Rockhold), Cain Velasquez and Cormier. I did a sparring with them. Now, I trained a little with Marlon (Moraes, WSOF champion) here in New Jersey . I have lived here in the past. We worked in the same gym and we have a very good relationship.” 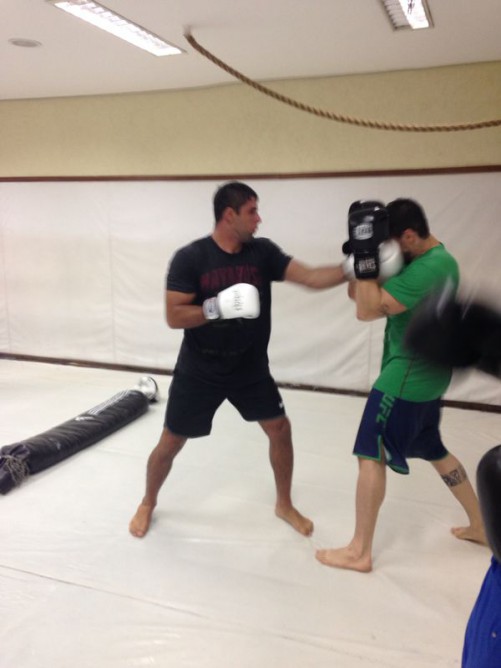 Here is Buchecha working on his striking back in 2017: