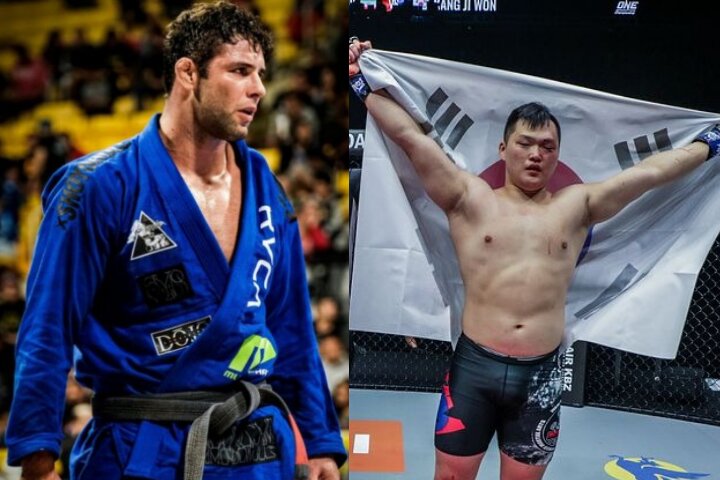 ONE: Winter Warriors grand prix championship will take place soon enough, on December 3… And will feature a return of Marcus “Buchecha” Almeida for his second MMA fight under the promotion!
He’s making his return just two months after he tapped out the kickboxing specialist Anderson “Braddock” Silva.

Check out his finish here:

Buchecha was joyous following his win:

It’s like a dream coming true. Starting a new sport from zero, something hard, but my life is about challenges. I did everything in jiu-jitsu so I don’t feel I have anything else to prove, so I decided to start a new career in MMA and that was the first step of feeling great, feeling blessed. I’m really thankful.

This time he’ll be facing Kang Ji Won; a matchup that was originally scheduled for April and that didn’t take place due to Kang’s injury.

Buchecha shared the news of his up-and-coming fight a few weeks ago on his social media:

In 7 weeks I’ll be be back inside the @onechampionship circle!
What a ride, let’s do it together #TEAMWORK
“If everyone is moving forward together, then success takes care of itself.”

Two days after Buchecha’s fight, another elite BJJ competitor – Garry Tonon – will fight on ONE and take on Thanh Le for the featherweight world title.

Kang is an undefeated with pro-MMA record of 5-0. He won his ONE debut by TKO.

Kang fought at ONE and had an explosive KNOCKOUT on Iranian Wrestler Amir Aliakbari, a former Greco Roman Wrestling World Champion whose only MMA loss up to now was against Cro Cop!

Buchecha has to be very careful with this South Korean knockout artist.