Marcus Buchecha: “Rodolfo Is The Best In The World.” 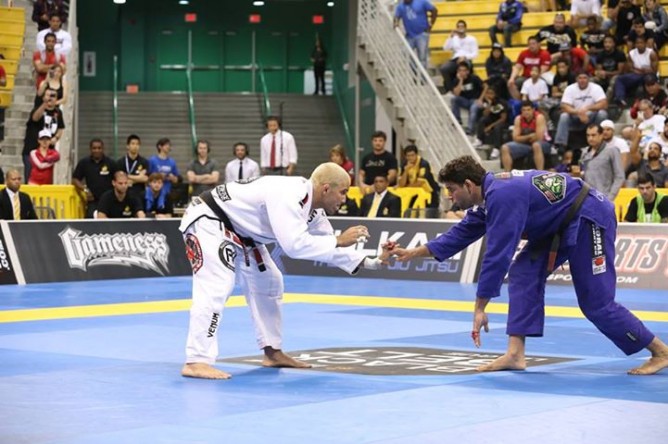 Marcus Buchecha and Rodolfo Vieira have faced in all the finals of the absolute of major championships in Jiu-Jitsu . In 2013, the two met in the finals of the Worlds and World Pro, with the athlete of Checkmat taking the best in both. However, it is misleading to think that the two fighters take this rivalry beyond Jiu-Jitsu.

In an interview with tatame, Buchecha made sure to emphasize the friendship that he has with the black belt of GFTeam. According to the double world champion, although they’ve had many fights, the relationship between them is great, and with the usual humility, Buchecha said that Rodolfo is the best fighter in the world, mainly for his aggressive style of BJJ.

“Rodolfo is a nice guy too, besides being an exceptional athlete. i always talk a lot with him and we are friends. I’m an athlete and he is too, so if we have to fight, may the best man win. Our relationship is good, we always have fun. In my opinion, Rodolfo remains the best. The way he fights, always forward, ending. That’s what Jiu-Jitsu needs. When I see fighters to win on points, i don’t like that, “he said.

However, Buchecha knows that some rivalries affects the level of tournaments. The fighter condemned such behavior, stating that athletes that are disrespectful do not deserve to be champions.

“I think this rivalry is more something of the old guys. This type of person is narrow minded. The defeat is part of the game, who fights will lose. You have to learn to live with that. Who doesn’t know how to lose, do not deserve to win, “he added.